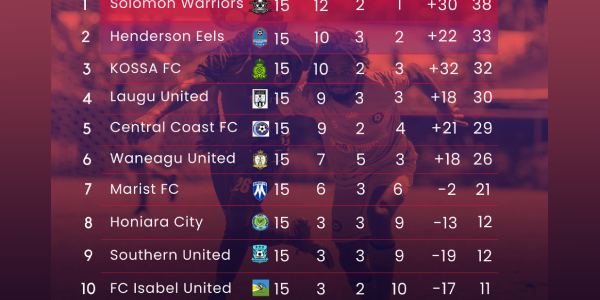 Warriors made it 38 points following their 1-1 draw with defending champions Central Coast on Sunday at Lawson Tama.

Despite leading, the title race is on for five teams in the top half of the table that are all on track for the two OFC Champions League 2023 playoff places.

Meanwhile there will be mid-week matches.

Three matches are scheduled for today at Lawson Tama.

Henderson Eels and Marist FC will take the field at 12pm, Waneagu United FC and Southern United at 2pm and Laugu FC will play Solomon Warriors at 4pm.