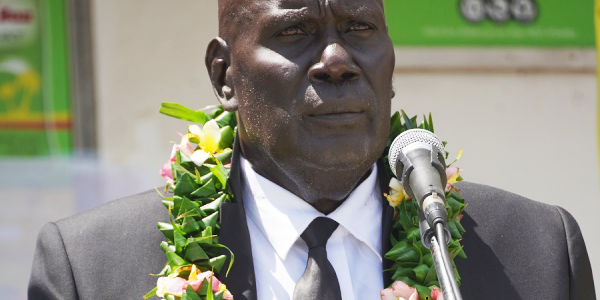 Western Province is one of the top performing provinces under the Provincial Constituency Development Fund (PCDF) for the past15 years with a record of 381 projects have been undertaken.

“Records under the Ministry of Provincial Government since the interception of the PCDF in 2008 up to 2021/2022 financial year shows that Western Province is the highest performing province with a total of 381 projects totaling SBD$50.04M.

“Only Malaita Province surpassed this in terms of projects worth or costs at SBD$60M but still less number of projects at only 342 projects,” Premier Veo said.

Veo added, the fact remains that the PCDF still remains a number one source of capital revenue to fund most of the projects and with the addition of the World Bank IEDCR component targeting economic infrastructure and climate change.

“It would be ill- conceived on our part to just for go WPG’s qualification to source these funds because of our grievances due to the issue of our entitlements,” he said.

The Premier then urges all the Members of the Provincial Assembly (MPAs) to be mature in their leadership and consider the plight of the people of Western Province.

“They have been without a legitimate government for the past 6 months and it would be imprudent our part to make decisions based on our current emotional states which we may regret later,” the newly elected Premier Veo said.

The Since Die Motion concluded the tabling for 2022/2023 Supplementary Budget that was held on Friday 21st at the Cha Cha Building conference room.