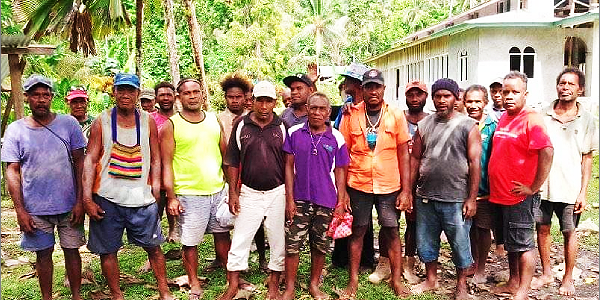 WEST Fataleka Tribal Leaders have called for development, not divisive politics, saying the focus should be on development cooperation, inclusiveness and respectful dialogue.

The call was made at the “West Fataleka tribal land and resource owners’ summit” held at Rufoki Village on Friday 19th November.

The focus should be on development cooperation, inclusiveness and respectful dialogue between all parties particularly between tribes, the Malaita Provincial government and National (DCGA) Government instead of divisive politics,” Tribal leader, Leonard Suilala told the summit.

More than thirty senior representatives from tribes throughout Ward 5, including leaders of all primary land owning tribes came together in what was described as “a truly ecumenical spirit” – setting aside recent hostilities to pursue their mutual aspirations for development on their lands.”

The summit also decided by resolution to set up a formal elected tribal representative body with jurisdictions on matters of economic development and cooperation.

These resolutions express the core values, wishes and aspirations of the leaders and their people. They include:

“The summit also resolved to proceed with its agenda for the creation of the representative body and the pursuance of its aspirations regardless of the outcomes of any current or future provincial or national events, according to a statement issued after the summit.

“In the spirit of true co-operation, the participants extend an open invitation to all tribal leaders to attend the next summit to be convened to elect the executive.”