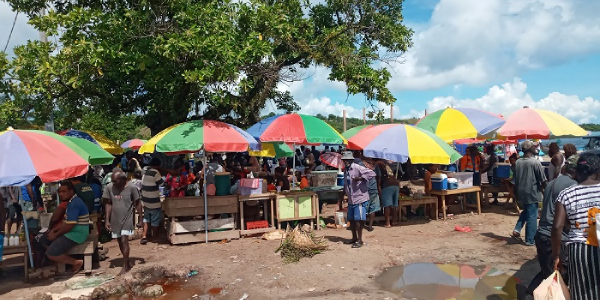 BOTH the Western Provincial Government and Gizo Town Council (GTC) continue to lose much needed revenue from market fees as a result of the illegal market spot at the KHY Buni area, in Gizo, Western Province.

Following the COVID-19 outbreak early this year, Gizo Market was only allowed for vendors who are fully vaccinated.

Because of that market vendors and fish vendors who are not vaccinated have resorted to using the KHY area to sell their produce, markets and fish.

Western Province Premier Christian Mesepitu is concerned with this illegal activity because the normal fee collections from the market vendors which are normally done by the Gizo Town Council (GTC) have dropped.

“The collection of the fees is to pay their workers for cleaning up the market and the town,” he said.

Premier Mesepitu said the collection in every fee in the market is collected and managed by the market manager under the GTC and the province through its Local Governance Division.

He said the Town Council runs the market and other public spaces and Gizo Market is managed under the Gizo Market Management.

“And all the fee collection is collected by the revenue collector from the Town Council.

“So that is why it is illegal to do market outside in any public space like KHY area for example,” he said.

He said now most of the vendors both vaccinated and unvaccinated are selling their produces at the KHY area because of differences in fees.

Fee collection at the KHY area is only $5 which is much lower than the fee charged at the main market.

“So this is another cause of loss in revenue for the Town Council and they will not be able to pay their workers to keep Gizo Town clean,” he said.

“How can the public expect Gizo Town to be clean when they do not have enough money to pay their hardworking cleaners.”

At the moment the Western Provincial Government (WPG) is supporting the Gizo Town Council in its current budget.

Meanwhile, the illegal market spot at the KHY Buni tree continues to be packed with betel nut vendors, food and fish vendors seven days a week.

The Gizo Market only opens from Mondays to Fridays at the moment.

The general public continues to raise concern over the amount of uncollected rubbish at the KHY area which is becoming very unhygienic.