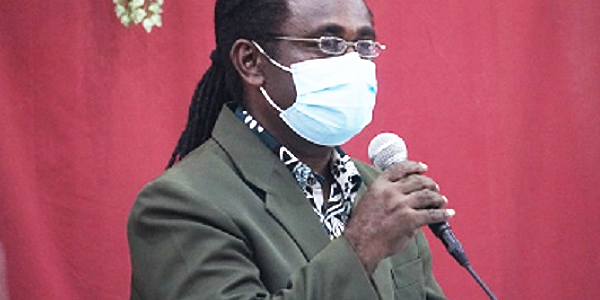 THE current Western Provincial Government under the leadership of Christian Mesepitu has reiterated that it would continue to push for the federal system of government.

This was highlighted by the Acting Premier and the Minister for Finance and Treasury Ramuraka Talasasa during his opening address at last week’s Western Provincial Full Assembly (WPA) in Gizo, Western Province.

He said like the previous regimes dating back to the early 70’s, this current government strongly and highly prioritizes the ongoing consultations and interventions required to facilitate the wishes of its people by prioritizing the adoption of the federal system of government.

He said this was emphasised by the Honourable Premier himself during his inauguration speech last year.

The finance minister said to reflect on he urgency of the matter, the current government has identified and appointed a number of own local resource persons, including a full-time secretariat, and has identified an office space by which they will be accommodated to undertake this very important task.

“We have also included a full-time secretariat in this year’s manpower and staff so that the agenda is vigorously pursued for a better outcome for all of us.

“This establishment will be the first of its kind and it is important to note, that when we say we want change, we facilitate it,” Mr Talasasa said.

The acting premier added as much as they would want to see changes happening in they province, they are faced with alot of challenges that would need to be addressed legislatively, and regulatory.

“The government has recognised the need to improve regulatory management capacity, compliance matters regarding legislative instruments and the enforcement of our very own laws and ordinances, and regulations,” he added

Mr Talasasa explained in recognising these fundamentals, the establishment of the proposed compliance and enforcement office, will propel the provincial government’s administration capabilities to a whole new level from an improved legislative competence to a stronger revenue capacity and a well informed western province public on government regulations and policies.

He said the government is working closely with the Attorney General’s office on this matter.

“This will take time to achieve, but it is important to start somewhere before we can even get anywhere with our visions and hopes for a better tomorrow.

“It has been a challenging journey for all of us, getting to where we are today,” Talasasa stated.