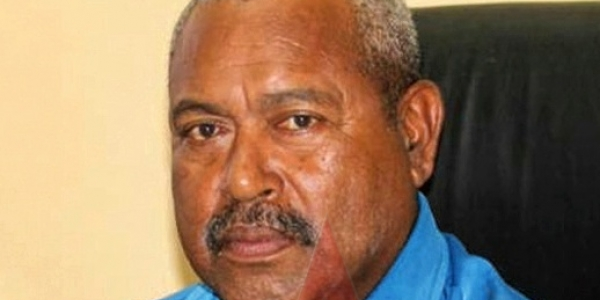 THE newly elected Western Provincial Government (WPG) Executive under the leadership of Billy Veo is being urged to step up their monitoring and surveillance activities of logging companies operating in the province.

This came after claims that there are companies currently in operating in the province without following proper process to acquire their operating licenses.

Newly elected Member of the Provincial Assembly (MPA) for Ward 16 Nusa Roviana Jeffery Wickham raised the matter on Friday during the opening of the Full Assembly Meeting in Gizo.

The issue was brought to light after the Full Assembly discussed the Timber Rights Hearing issue.

Under The Timber Rights Acquisition Process for Landowners prepared by the Public Solicitors Office, if someone wants to log trees on customary land, they must go through the timber rights acquisition process under the Forestry and Timber Rights Utilisation Act.

The applicant in the timber rights acquisition process will be the same person as the Licensee. Nobody can get a Logging Licence unless they already have a Standard Logging Agreement.

However, in his contribution, Mr Wickham raised the question as to how some of the logging companies got their operating licenses.

Mr Wickham who was a former provincial secretary (PS) during the last David Gina and Christain Mesepitu-government claimed he did not see any applications for timber right hearings, yet some of the logging companies continue to operate.

“There has been never been any application last year for timber rights hearing,” he said.

The hearings are normally attended by the landowners, loggers and the provincial executive.

Once all parties landowners agreed to the operation then a operating license can be granted to the logger.

Therefore, the MPA for ward 16 strongly recommended that its important for the new provincial government to invest and equip the forestry officers with new outboard motors (OBM) and boats for them to visit camps and monitor their operations.

Deputy Premier and Finance Minister Calrick Runimetu assured the assembly that the issues raised are being noted.

MPA Wickahm also appealed to the people of Western Province to report any suspicious illegal logging operations around the province.