WHERE TO NEXT FROM HERE? IS THERE A PATHWAY 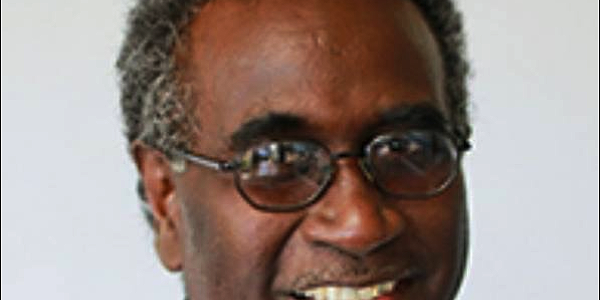 ON the afternoon of November 25th 2021, I decided to contact a senior Malaita Government Minister to suggest a pathway that would ensure a smooth transfer of power that would allow the Prime Minister to step down without losing face, and be seen to succumb to the pressures from the looters. I knew that the Manasseh Sogavare would not step down as Prime Minister to the calls for his resignation from the public. That would also be a bad precedent in my view. The election and removal of the Prime Minister must always be done with due process. I suggested that he discus the idea of getting the Malaita Ministers to resign from their portfolios which would immediately trigger the process to test the confidence of Parliament in the Prime Minister, never mind, that a sizeable crowd was causing havoc calling for his resignation.

I hope he does not mind me sharing the suggestion, I offered yesterday, as it was tendered as a friend, but we have to seek a pathway, and it is in that light that I wish to share some thoughts which I have on where to from hereon for the country.  I told the Minister that the Prime Minister was not going to resign, which is likely to exacerbate the looting unless law and order can be quickly established. Thus, they had to find a way that would provide a win-win for all concerned, the Government, the protesters, come looters, and general public delinquents and also the majority peace loving people of Solomon Islands. I suggested to him that they ask the Archbishop of the Church of Melanesia to broker a meeting with Leaders of Malaita, Guadalcanal Province and National Government, and at least all Malaita Ministers and the Prime Minister. This would portray the message to people that there is some genuine effort to dialogue between the respective governments. Hopefully this would give some space (which it actually didn’t because nothing happened) for law and order to be restored. They should agree to a road map which they can subsequently get broad based approval for increased sharing of power with Provinces to be approved by Parliament as a precursor towards greater economic autonomy.

Meanwhile, as gesture to the rest of Solomon Islands for the damage done in Honiara, that they, the Malaita Ministers take the lead to offer to resign their portfolios. This would naturally trigger a domino effect with their other colleague Ministers, but it would allow the Prime Minister to stand down with dignity, and thus avoid the need for him as he did yesterday, to say that he would not resign which any Prime Minister would do and say. But their announced resignation if they had done so yesterday would, in my personal view, allay some of the ill-feeling towards the Prime Minister, knowing that his Ministers whom he needs to stay in power were leaving him, and in effect trigger a domino effect. I said that since Parliament was in session, it could immediately meet to elect a new Prime Minister. As said that this was a tradeoff, as the protesters would feel the Prime Minister standing aside was a result of the pressure that they put (a pyric victory if there is one), and the Prime Minister would feel that he stood aside by due process on the floor of Parliament because he could no longer command the numbers, thus saving face. I said it was not easy, but it would require Ministers to dig deep into their moral fabric to do what is best for the country in the circumstances. In that way, it allows both sides to see themselves as winning, and more importantly allow members of Parliament to start a new journey, with greater shared powers and responsibilities with the provinces and resource owners.

Simply rearranging the seating arrangements in Parliament is not going to address the underlying issues that have been simmering these past years. There has to be some serious structural reforms aimed at greater power sharing with the provincial governments, to reduce the powers that Ministers have that allow them to be manipulated by the loggers and miners. The responsibility over resource issues with the rights to grant licenses over mining and forestry should be shared with the provinces with the ultimate responsibility for a license to be granted by the provincial authorities in association with those who own the resources. This will stop Ministers being manipulated by loggers, miners and even those who have a vested interest in bech-de-mer. These power sharing arrangements can be established by an Act of Parliament. Those of who think that a Federal Government system is the answer, this is the precursor for greater exercise by the provinces and resources of responsibilities and powers. Let them start slowly and build up their technical capacity. These reforms must be accompanied by a massive decentralization of the public service to the provinces. It will be expensive but it will create jobs and ensure greater cash flow in the provinces. We can get Donors to assist in putting in place these reforms now with a 5 to 10 year time table for roll out. We have been talking about building up the provinces and decentralization but it will not happen unless the political structure and powers are devolved and shared over important natural resources issues, and investments, and above all make it difficult for loggers and miners to manipulate a single Minister.

There are other political rearrangements that I have raised in the past, to the form of government, the way the Prime Minister is elected, that should be considered as part of a package that could be discussed by a Constitutional Convention that can be convened as part of the process of healing and restricting. This would not weaken Solomon Islands, but strengthen the governance of our resources and people. There are others who have ideas about what we should be doing and given the circumstances, the troubles and the need for fresh ideas, I appeal for those in power to please be more inclusive in your consideration. There are many of us who want to help and will volunteer to share ideas for free but are not being given the opportunity. This is our country and we all want to help see it prosper.