WHOSE INTERESTS ARE YOU SERVING, HON PETER KENILOREA JNR? 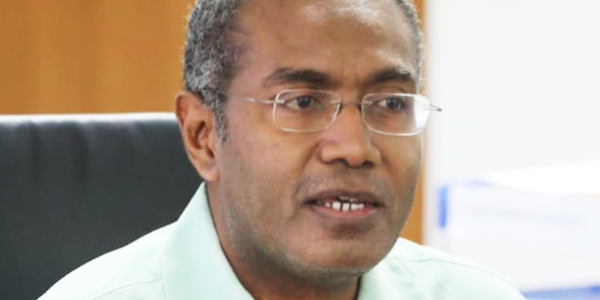 On the 18th July 2022, the Island Sun reprinted a story of Hon. MP Peter Kenilorea Jr on his views of China that betray his narrow-mindedness towards China and delusional perceptions of the political and practical realities of Solomon Islands. Most revealing are two issues he emphasized: his desire for closer ties with Australia (at the expense of China) and pledge to scrap the China-Solomon Islands security pact should the opposition group he leads wins the next election.

Firstly, Hon. Peter Kenilorea Jr should focus on wining back the East Are’Are seat before talking about leading the national opposition to power after the next general election. In case he needs reminding, the people of East Are’Are did not vote him to waste his time posturing to the whims of Australia and the West. Rather, his mandate is to deal with the real practical issues affecting the lives of ordinary constituency members – a mandate he miserably failed.

Secondly, in the three years Hon. Peter Kenilorea Jnr has been a member of the opposition, he has succeeded in only making himself a political pariah, killing any chances he may have of being elected a Prime Minister in the future. Instead of building networks – as expected of any prime ministerial aspirant- he repeatedly alienate potential political supporters. In fact, it is no secret that Hon Peter Kenilorea Jnr and current leader of opposition, Hon Mathew Cooper (Wale) still could not compromise on their competing ambitions for prime ministership. So just as in 2019 when this mutual lack of humility cost them national leadership, their egos will prevent them from forming a united political group capable of not only gaining a ruling majority, but maintaining it for the entire term of the next parliament. In short, Kenilorea jnr will never be prime minister and therefore should spare his Australian and western audience the agony of salivating over an impossible foreign policy dream – scraping of the Solomon Islands-China security pact.

Kenilorea and his friends must also understand that closer cooperation with China is not a slight on Australia or any other bilateral partners. As a sovereign nation, Solomon Islands, through the government of the day has the right to cooperate with any sovereign nation to complement existing partnerships to meet its development needs. The normalization of diplomatic relations with China, and the ensuing security pact between China and Solomon Islands for instance demonstrate that there are needs that Australia and the other traditional partners did not meet. To state the obvious, Solomon Islands desperately needs infrastructure which China, through its global Belt and Road Initiative clearly meets. Then there are the realities of China-Solomon Islands economic ties and investment possibilities that demand closer co-operations. Australia, on the other hand, is insignificant as an economic partner and therefore cannot offer Solomon Islands what China can on the economic front.

It is also unacceptable for Hon Peter Kenilorea Jnr to pander to Australia’s obsession with regional strategic interests. China and Solomon Islands have stated repeatedly that the two countries have no interest in militarization of the Solomon Islands and the region. Instead, be reminded that the security pact is domestically focused in part to protect their infrastructures and investments.

Also, Kenilorea Jnr should advise his Australian audience that overt paternalism and war-mongering is no way to build true relationships. Australia should instead concentrate on issues such as the Pacific labour mobility scheme as a more productive way to build relations. Also Australia should promote more Solomon Islands –Australia trade and investment.

Kenilorea jnr should also advise Australia and the West to refrain from bullying Solomon Islands from constructing its own relationship with China. After all, since the Whitlam era, Australia has gained immensely from its cooperation with China. The sustained economic growth Australia experienced in the past forty years (when all other western countries experienced economic downturns at some point) is testament to the benefits of close economic ties with China.

Hon Kenilorea Jnr’s repeated lusting for Taiwan also defies logic. Taiwan was useless to Solomon Islands. The infamous RCDF ((of which Hon Kenilorea Jnr obtained SBD$4.2M from PRC before the latter (China) closed the funds in 2022)), cash handouts and political slash-funds are the only legacies of Solomon Islands-Taiwan cooperation. So Hon. Peter Kenilorea Jr, do you really want to bring back the Taiwan model of corruption and bribery? On whose side are you standing? It certainly is not that of the people of Solomon Islands.