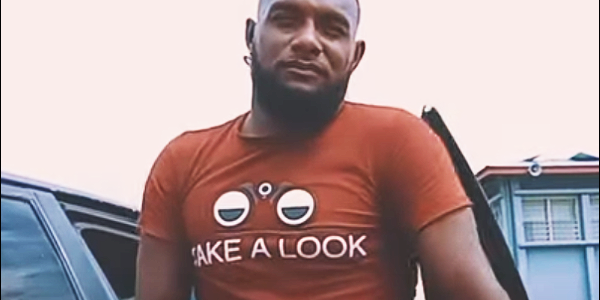 THE wife of the man accused of lying to three women using different names and titles has been summoned to attend court on Monday next week.

This is for her to explain to the court as to why she failed her duty as a Surety for her husband, Jared Sialo in court.

If she failed to appear in court she will pay $1,500 principal bail, likely to be remanded and subject to perjury charge.

She was directed by the court on the last court date to appear in court today with the accused but had failed to do so.

It was heard in court that she swore on an oath to the court to pay $1500-00 principle bail If she fail her duties as Surety.

Principal Magistrate Tearo Beneteti said if she disobeyed the court’s order again, a warrant of arrest will be issued for her.

She added that she is also highly likely to be remanded in custody to learn her lesson because she was the one who wants to sign up the oath to be the accused’s surety.

The matter of Sialo was mentioned in court yesterday for the review of arrest following a warrant of arrest that was issued for him on a previous court date.

On a previous court date, the court was informed Sialo was believed to be somewhere in West Guadalcanal cutting timber and move from one place to another.

Police went to see his wife but his wife told the officers to see Sialo’s lawyer if they want to talk with Sialo.

Following that visit Sialo’s wife was ordered to appear in court with the accused yesterday but had failed to do so.

Yesterday, Public Prosecutor Jonathan Auga informed the court that Sialo was believed to be now in East Guadalcanal.

He said police therefore were unable to execute the arrest warrant because Sialo was moving from one location to another.

He added that the Surety had told police she tried to contact Sialo but he ignored her calls.

Ms Beneteti having made the orders adjourned the matter to July 27 for further review of the arrest warrant.

Sialo is currently facing charges of rape, larceny from a person, common assault and three counts of false pretence.

The court previously heard a new charge of rape is yet to be filed against him.

Sialo was arrested and charged for allegedly lying to three females in Honiara on three different occasions.

Sialo allegedly drove in cars he allegedly hired from the taxi fleet services in town when he committed the offences.

Prosecution alleged he picked his first victim on 15 October 2021 at Point Cruz.

Three days later, he called the victim and picked her again and on that day he allegedly raped her while parking at the road side next to the Sir Kausimae Building.

On another day, Sialo assaulted the victim after she did not want to get into the car he was driving because he refused to return her phone.

On 7 February this year, he again picked up another of his alleged victim and her sister at Lunnga and forced them to board the car he was driving for a ride.

He obtained a total of $1,100 from the alleged victim and her sister which he said to assist him to pay for his container charges at the Solomon Islands Ports Authority (SIPA).

Prosecution alleged he would lie to his victims that he is a Doctor at the National Referral Hospital, an officer at the Forum Fisheries Agency (FFA) and also used different names.

Sialo also allegedly claimed his mother is from Papua New Guinea and that he rents a room at AJ City Mall at Lunnga operating a Phone Shop.

He also allegedly told them he owns a number of vehicle.

He further promised some of his victims he will refund their money but had not done so.