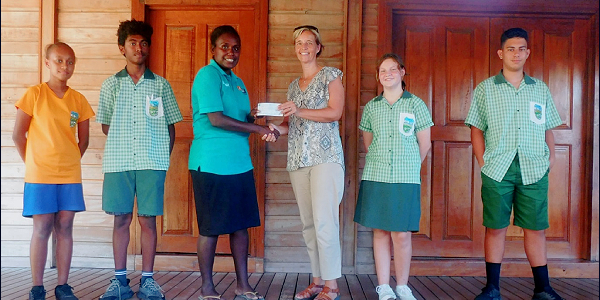 The donation was raised by WIS students.

It was donated purposely to support the rebuilding of the burnt two-storey building that occurred on early September this year.

When receiving the donation, Tenakoga’s school representative, Ms. Chareen Simbe (a former WIS student herself) said she is grateful for the donation from WIS.

The school is one building less and it’s causing problems for both students and teachers.

The event was witnessed by the WIS Head of School Barbara Vollrath, the Student Council mentor Ms. Wendy and some members of the student council.
Tenakoga SDA School has classes up to form 6.

Solomon Islands Government also promised to support the school in its rebuilding process.