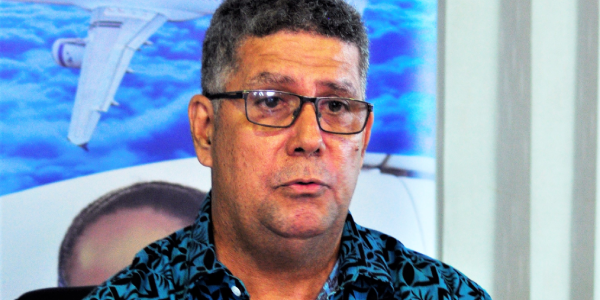 Solomon Airlines Board Chairman, Frank Wickham confirmed the funding support from the national government, when speaking via zoom during a press conference yesterday.

“We are very grateful that our national government stepped in again to assist in the big drop of revenue, with a funding support of SBD$6 million,” he said.

Wickham went on to thank the national government, Australia and New Zealand governments for working collaboratively with the national flag carrier in its operations during such uncertain times.

He said the continued support of the governments have been crucial to the survival of the Solomon Airlines.

The Australian Government has assisted Solomon Airlines through DFAT, in subsidising the cargos assistance as the international route to Brisbane.

Going forward, Mr Wickham said with the financial assistance from the government, the national airlines is looking forward to the reopening of the borders for international flights and the lifting of domestic travel restrictions.

“In the meantime, we are preparing and anticipate the re-opening of the border in July. When the borders are open, we will resume normal flights including the Pacific Islands destination and more frequent flights from Brisbane,” he said.

He said increasing the scale and scope of the airline’s trading opportunities will greatly help the State owned Enterprise to trade out off during the very difficult situation the country is experiencing.

The central preparation for the Solomon Airlines now is towards the reopening of the borders.

The schedule airlines operation has been grounded for over two years since the COVID-19 has entered the country and into the communities.

“When covid-19 enters the country and into the communities the flights cancelled and the passengers’ numbers have climates down to record low,” he said.

With the closure of international border, the Solomon airlines have operated chatters, repatriation flights and special chatters to overseas destinations.