A FEAT OF UNPARALLELED ACHIEVEMENT 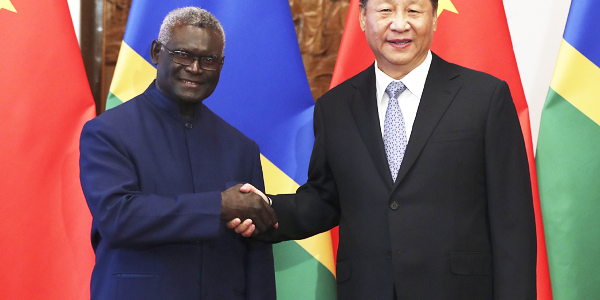 TODAY – October 1 – marks the 72nd anniversary of the founding of the People’s Republic of China.

It is only fitting that Solomon Islands – China’s newest diplomatic ally and development partner – be congratulated for its phenomenal achievements in technology, economic growth and global leadership today – a feat achieved in just 72 years,

In that period, the Chinese people, under the leadership of the Communist Party of China, have created what its Ambassador in Honiara, His Excellency Li Ming, described as “the miracles of long-term social stability and rapid economic growth.”

And indeed China is a miracle country.

Beijing, its capital, is a city of some 21 million registered residents. In terms of provinces, China has 23, compared to Solomon Islands’ six. It has five autonomous regions, four municipalities administered directly under the Central Government and two special administrative regions.

China consists of 56 different ethnic groups. Its religion includes Buddhism, Taoism, Islam, Catholicism and Christianity. Freedom of religion is a long-term basic policy of the Chinese government and protected by the Constitution.

“China is committed to peaceful development, building a community with a shared future for mankind and high-quality development of Belt and Road cooperation. China’s development will bring more opportunities and benefits to the world,” Ambassador Li said in his speech marking the occasion.

China has truly found the right path of socialism with Chinese characteristics.

On 24 September this year, Chinese President Xi Jinping had a phone conversation with Prime Minister Manasseh Sogavare of Solomon Islands and both leaders reached important consensus on further strengthening bilateral relations including the fight against the pandemic and practical cooperation.

China is the world’s second-largest economy since 2010 in terms of nominal GDP. China’s GDP in 2020 reached US$15.66 trillion. China is also the largest manufacturing and agricultural country.

Its economic growth has been consistently above six (6) per cent since the reform and opening up in 1978. From 2010 to 2019, China has contributed 25 per cent to 39 per cent of global GDP growth each year.

A country that was once shunned by the world is today the global leader in almost every sector. That in itself is worthy of national celebrations.

We congratulate the Government and people of China for their remarkable achievements and their continuing contribution to the global good and peace.