A STORY OF FRIENDSHIP, HEROISM AND LOVE 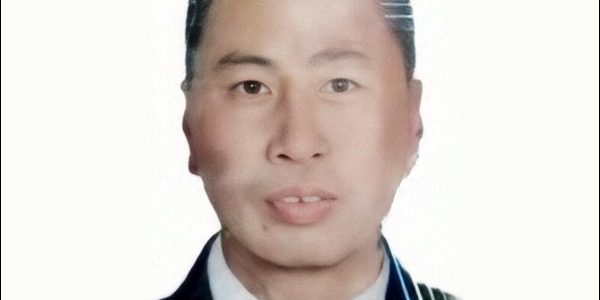 It was 3:30 in the early morning of February 24th, 2022 when staff of the Chinese Embassy in Solomon Islands received an urgent phone call from Mr. Li Zhi, Captain of a fishing boat operating in the waters southwest of Solomon Islands.

Captain Li (pictured above) told the Embassy that he was from Fujian province of the People’s Republic of China. He and his crew had just rescued nine (9) people from a raft drifting in open seas for 29 days.

Those on the life raft were here (3) females and six (6) males. The survivors were all from Misima Island, Papua New Guinea, Captain Li said,

“As a Chinese national, I appeal to the Chinese Embassy for assistance. I believe the Embassy will kindly help inform SI and PNG governments to pick up the survivors and safely send them home.”

Captain Li also provided the Embassy with the coordinates and radio frequency of his fishing boat.

Upon receiving the phone call, the Chinese Embassy lost no time in engaging with the Royal Solomon Islands Police Force, the Ministry of Foreign Affairs & External Trade, the Office of the Prime Minister and Cabinet calling on Solomon Islands government to arrange for maritime authorities to find and rescue the survivors.

In the meantime, the Embassy also briefed PNG High Commission in Solomon Islands about its citizens at risk.

In the following days, the Chinese Embassy kept updating Captain Li about SI’s rescue progress and shared information on the nine (9) survivors with SI and PNG. As Captain Li told the Embassy,

“All survivors have been taken care of by my crew, and are in good shape now. Some of my crew members come from Fujian and Shandong province of China.

“We Chinese people have longstanding tradition of willing to help those in trouble. They will be well treated on board my boat.”

On February 27th, the Embassy was informed that all nine (9) survivors had been brought to SI by RSIPF patrol boat Gizo. They will return to PNG after completing their quarantine in Honiara.

This is a story of friendship and love.

China believes in and upholds that we all live in a Community with a Shared Future. The Chinese Embassy in Solomon Islands took pride in working with SI and PNG governments in rescuing PNG brothers and sisters in times of need.

“We applaud Captain Li Zhi and his crew for their humanitarian actions and bravery despite current COVID-19 pandemic. Thank you, Captain Li!”