PNG HC hits out at Sun’s article on Dr Asapo 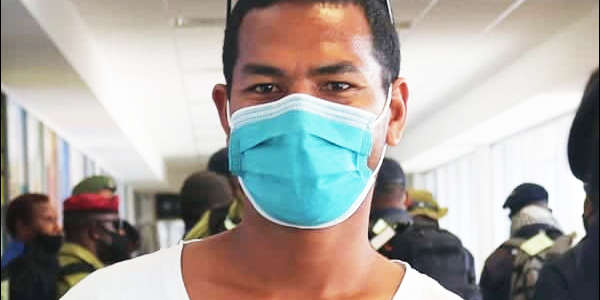 THE Papua New Guinea’s (PNG) High Commissioner to Solomon Islands, His Excellency (H.E) Moses Kaul has vented his frustration against an article on Dr Maine Asapo, published in the Island Sun newspaper, Wednesday.

It was claimed in the article that Asapo said he is seeking legal advice with the intention to take the Solomon Islands government to court for defamation of character.

Prime Minister Manasseh Sogavare earlier accused Asapo for being the “index” case of the COVID-19 community transmission that has since spread across the country.

Sogavare claimed Asapo brought in the first Covid-19 transmission from Tasman to Palau on 9 January 2022.

But in a statement yesterday, H.E Kaul said he was compelled to comment on the article.

“My take is that justice has been served exceptionally for Dr Asapo and his family who have illegally entered Solomon Islands through PNG/SI common border during SOPE in January 2022.

“The justice he is claiming to pursue is not palpable from my observations because he does not deserve anything better than being acquitted by this country’s court of law and case was referred to the esteem Office of the Prime Minister and NEC which was further administered in Mr Asapo’s favour,” H.E Kaul stated.

He added, Mr Asapo must not forget that the nature of his case in terms of charges was serious but out of mere goodwill gesture of the Solomon Islands government, he now finds himself a free man back in his beloved country.

“Otherwise, stakes were high in terms of penalties for the offences he committed which could warrant imprisonment.

“The issue of him being the index case of the coronavirus community transmission in Solomon Islands has been an error which was responsibly cleared by the office of Prime Minister Sogavare and there is no related substance to pursue further,” the PNG High Commissioner to Solomon Islands said.

He said in fact, his idea to pursue legal action against the SI government was his earlier intention.

Asapo said he was hoping to seek legal action against the government when his case was before the courts. However, he decided not to take further legal actions, when he was ordered to pay a fine of $10,000 for illegal border crossing.

The Doctor said right now, he is happy with the decision reached by the Solomon Islands Court. He also wishes to thank the PNG Government for assisting him and his family while in Honiara.

Dr Asapo is currently undergoing quarantine in Port Moresby with his family and will return to Rabaul, where he is working, to resume duties.