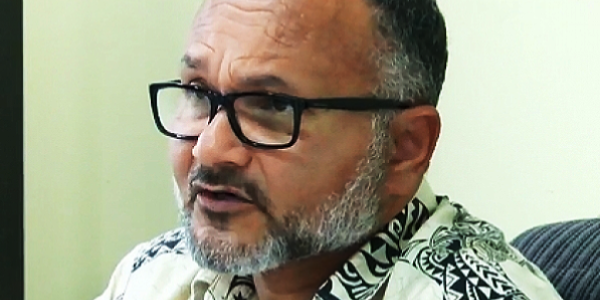 LEADER of Opposition Hon Matthew Wale has described the Attorney General’s clarification on the Prime Minister’s interference in the criminal proceedings instituted against the PNG doctor’s case as ‘evasive’.

In a statement today (Monday 28th February), Honorable Wale in response said the AG’s explanation falls way short in trying to assist the Prime Minister avoid a national embarrassment and the seriousness of the ensuing legal implications.

The Opposition Leader said no one is arguing the fact that there are powers under the CPC to withdraw cases available to the DPP for consideration.

However, he said the blunder remains that the Prime Minister allowed the matter to go to court in the first place and then later advised for the case to be retracted by writing to the DPP, whose unfettered criminal jurisdiction is guided by the Constitution.

Furthermore, Hon Wale said the charges against the PNG doctor and his family are based on offences prescribed in the Emergency Powers (COVID-19) Regulations 2021, thus giving rise to the need for the case to be dealt with under the Regulations.

“The AG’s response clearly conceals the fact that the oversight by the Prime Minister potentially runs afoul R.54 of that Regulation which imposes a duty for the administrative penalty procedure to be applied to anyone suspected of breaching a state of emergency order in the first instance,” Hon Wale said.

The Opposition Leader said R.54 reiterated the need to uphold the fundamental human rights in the Constitution, which are clearly relevant in this particular case.

“My Office have been reliably informed that the doctor was only aware of this option during his bail hearing. He was never made aware of his rights under the Regulations since he was placed under police custody whilst in Ontong Java up until the time he was brought to Honiara for his case,” Hon Wale said.

The Opposition Leader said the question of why the Prime Minister allowed the matter to go to court before calling for its retraction, instead of dealing with the administratively therefore remains a concern.

The Opposition Office is aware that there are similar cases that had been dealt with administratively in the past thus raising the question, why this case was handled differently.

“It is either the Prime Minister was negligent, or he was ill-advised. Either way, the point remains, this is incompetency in how important matters are dealt with at the leadership level. Again, the Prime Minister has no respect for the DPPs constitutional mandate to sanction criminal cases,” Hon Wale reiterated.

The Opposition Leader reminded the Prime Minister and his government that these are issues of public interest especially when our laws recognise and uphold human rights principles and values.

“The last thing this country need is for leaders to be seen meddling with our laws at the expense of fundamental human rights,” he said.