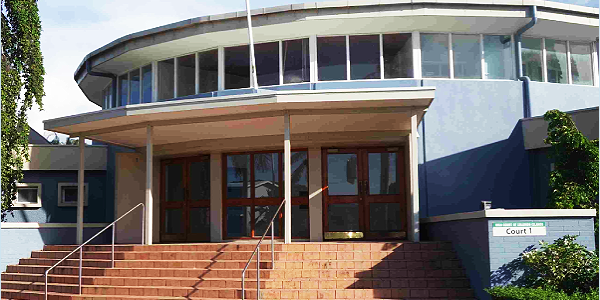 THE appealed matter of a teacher who had been acquitted for the alleged embezzlement of $1.3 million of an error payment made to her Bank account between 2017 and 2019 will return to the High Court next month.

This is for the prosecution and the defence counsel to sort out their submissions for the appeal.

The prosecutor was not able to file her submissions for she had been engaged in other matters in the past weeks.

It was also heard that Cecilia Tome’s lawyer will also go on leave this week and had sought this matter to return to court again next year.

Having heard from counsels, Justice Leonard Maina adjourned this matter to 20 January 2023 for counsels to sort out their submissions.

Prosecution had appealed against Principal Magistrate Tearo Beneteti’s decision to acquit Tome of one count of embezzlement last year.

Tome’s lawyer had made a “no case to answer” (NCTA) at the end of the crown’s case, on which, Magistrate Beneteti ruled that Tome had no case to answer to the embezzlement charge.

The trial does not involve the calling of witnesses but was done by paper.

It was heard that two large payments totaling up to more than $3million were paid into Tome’s bank account in December 2017.

The error payment was made by a Payroll staff in the Ministry of Finance and Treasury (MoFT).

Instead of putting in the amount sent from the Ministry of Education, he mistakenly put the date from which the back payment should start run for Tome.

As a result of the date being inserted than the amount that should be paid into Tome’s account, that total amount therefore resulted in the over payment of more than $3million into Tome’s personal salary bank account.

Prosecution is alleging that Tome embezzled $1.3 million which she used for her personal benefit after she was mistakenly paid $3, 806, 297.77 million dollars.

Ms Tearo in her ruling however had said that Tome had no role or position to manage the error payment she received from Payroll.

“This is why I cannot find sufficient evidence by prosecution to indicate performed any act of embezzlement or fraudulent manner according to the elements accessed of her charge.”

Ms Beneteti stated that at the time tome disposed off these monies she was not aware where they had come from exactly.

She also ruled that prosecution evidence was confusing as exhibits say one thing and certain amounts while prosecution’s submissions say a different amount.

She said furthermore Tome still received her salary throughout the time from the error payment dates in December 2017.

She said all these as stated in the NCTA hearing brought about more confusing than clarity as to the accounting of all the monies involved in this matter.

She said prosecution are to provide sufficient evidence for each element accordingly to ensure the case progresses to the next stage.

“Failing to do so must result in a decision of a no case to answer for the defendant.”