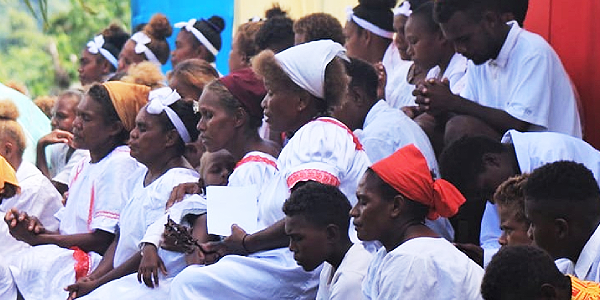 A three-day religious gathering known as Baegu Troops ended successfully on Monday with new born again Christians commit to follow the light of the Lord.

Baegu Troops is a new version of the Baegu Fellowship with a mission to convert once feared criminals to new pathway of life.

Winny Ramo who attended the gathering was touched to see new born again Christians decide to put their past behind and walk in the light of the Lord.

He said this is the second time the “Baegu Troops” was hosted.

This year gathering was hosted by new souls who recently decided to be born again Christians.

With that, he said some of those who recently committed themselves and become new born again Christians were once feared criminals in their communities where he said it is a good thing that they have decided to put their past behind and walk in the light of the lord.

The gathering was attended by different communities and tribes within Ward 11 and some from Ward 10.

While this has turned into an annual event, the new host for the gathering next year is yet to be announced.