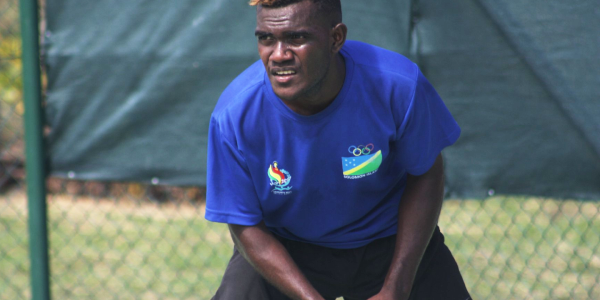 Benjamin went down 6-3, 7-6 to Australian, Ben Pechan in the grand final of the Tattslotto Fiji Open Tennis Championship, held at the Denarau Golf and Racquet Club in Nadi, Fiji yesterday.

Despite missing one of his top goals for this year, Benjamin is taking all the positives from the grand final and focus on upcoming tennis competitions.

“I made a slow start in the grand final, but it’s over now.

“It’s good to experience defeat, so I could learn from it and remain focus for other upcoming tennis competitions,” he said.

Prior the singles finals, Benjamin played in the men’s doubles winning the men’s grade.

Junior Benjamin maintains his status as the current the top seed player in Fiji.

After this tournament, Benjamin will compete in his first competition outside of Fiji, the Pacific Mini Games in Saipan, Northern Marianna next month.