Bina Project to deliver thousands of jobs and economic security 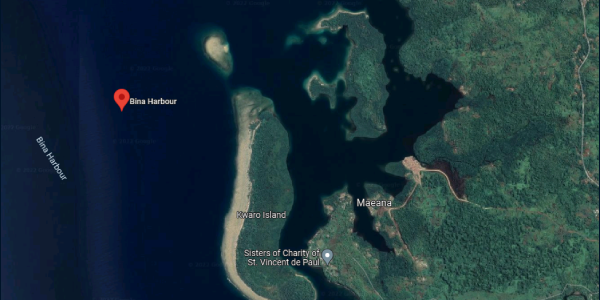 MORE than 5,500 jobs are set to be created with the construction of a major tuna processing plant in Solomon Islands that will provide economic security for the Pacific Islands nation and its people into the future.

A statement from International Finance Corporation (IFC) yesterday said the Bina Harbour Tuna Processing Plant, to be built under a public-private partnership (PPP), is also expected to generate up to $40 million in foreign direct investment and an annual revenue stream for the government and people of Solomon Islands of $3.5 million.

The International Finance Corporation (IFC), a member of the World Bank Group, has been confirmed as lead transaction advisor and will continue working with the Solomon Islands Government to engage a private sector partner to develop, finance, build and operate the plant.

The project, which is also being supported by the governments of Australia and New Zealand, is seen as transformative for Solomon Islands.

Malaita Province in particular, where Bina Harbour is located, stands to benefit from a range of economic and employment opportunities.

“This national priority project will enable us to create employment, derive more benefit from our sovereign tuna resource, and add an important contribution to our economy. We are now working with IFC to develop best practice approaches to structuring this transaction,” said Nestor Giro, Solomon Islands’ Minister for Fisheries and Marine Resources.

“Under the government’s national infrastructure planning, our vision is that Bina Harbour will grow beyond this project to become our first climate resilient international shipping port.”

The project is expected to create 1,600 jobs at the Malaita processing plant, mostly for women. It’s estimated a further 4,000 jobs will be created indirectly on the back of growth in related industries.

“The Bina Harbour project offers the opportunity for a world class tuna processing facility based on sustainable resources at a climate resilient port, offering opportunities for quality employment and diversifying our province’s economy.”

Solomon Islands has a valuable tuna resource, but the majority of catch is processed elsewhere, denying the country the wealth that could be captured locally by onshore processing.

Under the proposed PPP, long-term fishing rights will be allocated to the investor that constructs and operates the plant. The processing plant will not only support growth of Solomon Islands’ tuna fisheries industry but also make it more competitive and better secure access to key markets in Europe and elsewhere.

It’s expected the tuna industry will be able to charge a premium through sustainability and best labour practice certification.

“We are pleased to support the government of Solomon Islands by helping bring in the private sector to establish this important development project. Bina Harbour offers access to this valuable and sustainable tuna fishery, in an area with an abundant workforce and a prized natural harbour,” said Thomas Lubeck, Manager for IFC’s Asia Pacific PPP Transaction Advisory Team.

“This project has the potential to change people’s lives in Solomon Islands, creating jobs and sustainable growth at a time when the nation has been hit hard by the impacts of the COVID-19 pandemic.”

As part of their long term support to the fisheries sector in Solomon Islands, New Zealand has been funding early engagement with the Bina landowners and the work of an interim Project Management Office.

New Zealand is now scaling up this support, and is currently procuring a Bina Harbour Project Office to drive work at the site, as well as working with the Solomon Islands Government on a new package of support to engage with landowners at Bina.

Acting High Commissioner Don Higgins noted that “New Zealand is here for the long haul and sees Bina as a critical part of our partnership with Solomon Islands. The Bina Harbour Project Office will help to bring all stakeholders together and we look forward to seeing this critical project progress.”

“If it’s to be realized, a project of this scale will require considerable quantities of water. It’s vital to make sure that the water needs of both the local communities and the Bina project are met. That’s why Australia is funding a water and sanitary study under its Solomon Islands Infrastructure Program.”