BORDERS TO REOPEN IN JULY 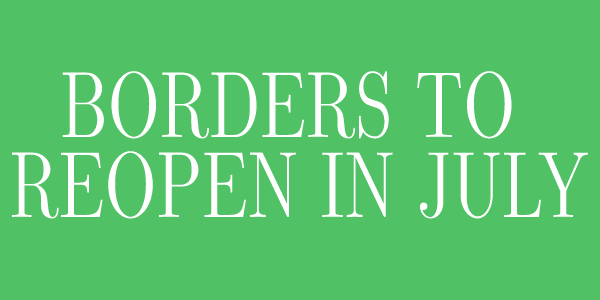 THE country will reopen its borders on the 1st of July 2022, once the vaccination rate nationwide hits the 60 to 70 percent target.

This was revealed by the Secretary to Prime Minister (SPM) and chairman of the National Oversight Committee (NOC) Dr. Jimmie Rogers during Sunday’s Office of the Prime Minister and Cabinet (OPMC) talk-back show over the national broadcaster.

Permanent Secretary (PS) of the Ministry Health and Medical Services Pauline McNeil said at the moment the vaccination rate hits 32%.

“In the next couple of months if the vaccination rate hits 60-70percent will reopen our boarders,” the SPM said.

He said if those who have taken their first dose go their second dose with three to eight weeks, the vaccination rate will hit 58% rate in two months.

He said the country won’t stop there but will continue to push and reach the 90 percent target as earmarked by the national government.

He said this is important to allow business and economic activities to continue.

Both the SPM and PS have thanked members of the public for coming out in number for the past weeks to get their first, second and boost shots.

Members of the public are encouraged to visit the nearest vaccination site to get their dose.