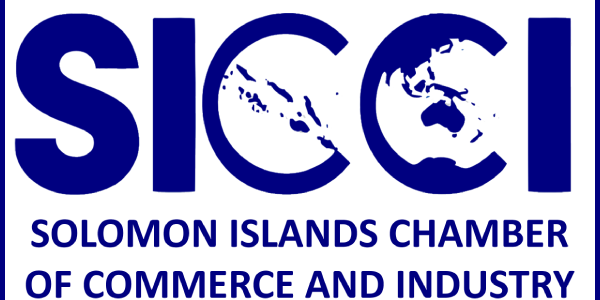 The Solomon Islands Chamber of Commerce and Industry (SICCI), as the peak body representing private sector, is calling for peace and stability as the country’s elected Members of Parliament (MPs) deliberate on the Constitutional Amendment Bill 2022 this week in Parliament.

In the best interest of peace and security, SICCI on behalf of its business members of the private sector encourages the general public to allow our leaders and the democratic process to take its course and refrain from inciting another unrest which will not only have a negative impact on businesses but also to the lives of ordinary Solomon Islanders.

“The Chamber’s stance on issues of national interest and issues affecting business is always one that is always looking long term, into the future.

“And we believe that business cannot thrive without economic and political stability,” SICCI said in a statement today (Tuesday 6 September, 2022)

“SICCI also believes that to achieve the vision of a prosperous Solomon Islands, all leaders should exercise their roles with a mind to how political rhetoric impact on popular sentiment can adversely affect efforts to project Solomon Islands as a favorable place to do business,” the SICCI statement added.

The first reading of the Constitutional Amendment Bill 2022 to amend the country’s constitution to defer the National General Election from 2023 to 2024 was tabled in Parliament on Tuesday 6th September and expected for second reading on Thursday. It is also anticipated to be debated and passed on Thursday 8 September, 2022.

As a result, SICCI urges the general public to exercise judgement and prudence in every action keeping the future of Solomon Islands as outmost priority before anything else.

“It is natural to have political grievances in a democratic country. Parliament and/or other political settings are and is the best place for those debates to bring resolution.

“For the sake of economic stability, continuation of employment and foreign investments SICCI would urge everyone to act with the best interest of the Solomon Islands in mind in the coming days and weeks,” the SICCI statement said.

In a recent survey conducted by SICCI highlighted that the unrest in November last year posed huge destruction to most businesses. Survey respondents indicated that the unrest causes huge reduction of sales due to burning and close down of business. This leads to decline purchasing power of customers. It also causes increased cost of goods in the shops and increased cost of labour, leading to incursion of extra excessive recurring costs.

SICCI currently has over 200 members as well as a number of affiliations to other national private sector organisations, covering approximately 80 percent of the Solomon Islands private sector workforce. Sixty (60) percent of the SICCI membership is made up of Small Medium Enterprises employing less than 20 employees.