BLC TO REVIEW ITS CALL 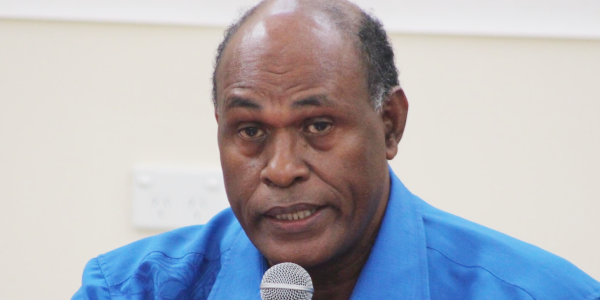 CHAIRMAN of the Parliamentary Bills and Legislation Committee, John Maneniaru will call for deliberate meeting of his committee today to review its call for submission in light of the Constitution (Amendment) Bill 2022’s first reading.

“I make the call by tomorrow (Wednesday) for a deliberate meeting of committee to review the call for submission in light of what already on the floor of the parliament,” he told local journalists in a press conference on Tuesday.

Mr Maneniuru in a letter issued a call for written submissions from individual groups and organisations who wish to express their views, knowledge or understanding of the Constitution (Amendment) Bill 2022.

He also refuted claimed by the Office of the Prime Minister that his committee did nothing when the Constitution (Amendment) Bill 2022 notice was issued on the parliament for a month.

He said he cannot comprehend where this is coming from since his committee has performed its role according to the constitution.

“I just cannot comprehend where this is coming from,” he said.

He clarified that when the notice arrived in parliament on August 5, 2022 his committee immediately called for first BLC meeting to start preparing for the bill and pay attention to the bill.

He said after that meeting, there was a total of five meetings conducted in the month of August.

Mr Maneniaru said four correspondences were sent to the Prime Minister’s Office which he signed as the chair of the BLC. One of the correspondences was sent to all 50 Members of Parliament with understanding of the government direction for all MPs to conduct consultations in their respective constituencies with regards to deferring the election.

Prior to that, he said a meeting of the Public Accounts Committee was also conducted so he said it was really a busy month for Parliamentary committees.

Therefore, he said the accusation that they did nothing when the Constitution (Amendment) Bill 2022 has been submitted to the parliament for month is not understandable.