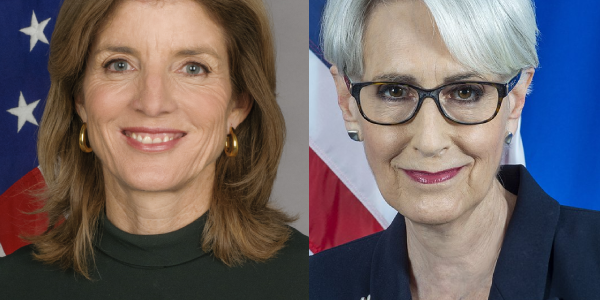 DAUGHTER of the former president of the United States of American John F Kennedy and Ambassador of the Unite States to Australia Caroline Kennedy is among top US dignitaries to touch down this weekend to commemorate the 80th Anniversary of Guadalcanal WWII campaign in the country.

This was confirmed by the Director of the US Office Russel Comeau to local journalists in the G80 Anniversary press conference held at Heritage Park Hotel, Monday.

“I would like for the ambassador to speak for herself when she is here and from our discussion, she is excited to come,” he said.

He said among top US dignitaries coming for the 80th Anniversary is Deputy Secretary of State Wendy Sherman with top officials from US, Japan, Australia and New Zealand.

The US top dignitaries will engage directly with the people of Solomon Islands.

Comeau added that the two local coast watchers who rescued the person that became the president of United States of American is a remarkable story.

Here is her biography shared around after the press conference.

She played a critical role in the commemoration of the 70th Anniversary of the end of World War II, culminating in the historical visits of President Obama to Hiroshima and Prime Minister Abe to Pearl Harbor.

She advanced realignment of the U.S forces in Okinawa, promoted women’s empowerment in Japan, and increased students’ exchange.

In, 2017, she founded the International Poetry Exchange Project to connect students virtually in Japan, Korea, the Philippines, and the Bronx through the power of spoken word.

In November 2021, she was awarded the Grand Cordon of the Order of the Rising Sun, the highest honor for which foreigners are eligible, for her effort to strengthened the U.S Japan alliance.

Prior to her time in Japan, Kennedy was at the forefront of education reform efforts in NYC, creating public-private partnerships to promote arts education, school libraries, and performing arts spaces.

She served as CEO of the Office of Strategic Partnerships at the NYC Department of Education (2002-2004, Vice Chair for the Fund for Public Schools (2002-2011), and on the board of New Visions for Public Schools.

She is Honorary President of the John F Kennedy Library Foundation.

She served as Trustee of numerous non-profit organisations, including the Carnegie Corporation, International Rescue Committee and NAAP Legal Defense and Education Fund, as Co-Chair of the Harvard Institute of Politics, and as a Director of the Boeing Company.

She is a graduate of Harvard University and Columbia Law School.