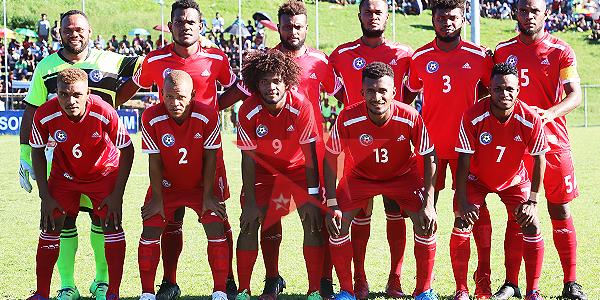 CENTRAL Coast FC has created history by winning the Telekom S-league (TSL) for the first time.

Coast ended their campaign with an impressive 49 points following their 1-1 draw with Marist FC in the final match of the season at Lawson Tama yesterday.

Coast Coach Jacob Moli thanked everyone who has supported the team one way or the other.

“First of all I would like to thank God for his protection for the team up until now that we have achieved our goal as winners.

“I would also like to thank our club management for being there for the team right until the end.

“Most importantly I would like to thank the boys for their hard work and commitment,” Moli added.

Moli was impressed with his young side for finishing top of the country’s top tier but admitted it was not an easy road.

He revealed one advantage they had is that his players are young and energetic and managed not to pick up serious injuries.

“It’s been a challenging season for us, it was not easy, there were ups and downs throughout the season but we managed to overcome these challenges.

“As you see we have mostly young players so the energy level is one of the advantages we have.

“Another good thing is that we don’t have too many injuries that would affect our players’ performances,” he added.

Coast was in a tough position prior to their match yesterday as they were banking on the result between Solomon Warriors FC and Waneagu FC.

The pressure of having to win their final match was eased following the 1-1 draw between Warriors and Waneagu.

The result confirms that Central Coast FC and Solomon Warriors have qualified for the OFC Champions League play-off on a date yet to be confirmed.