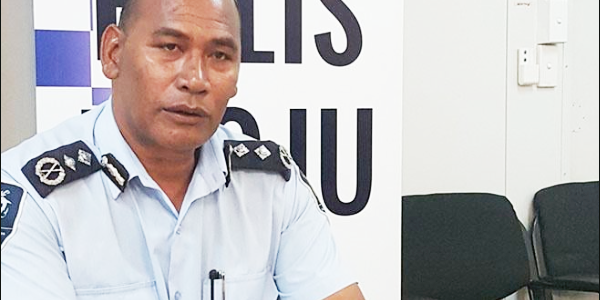 POLICE continue to deny it has received a formal report or complaint against Cathy Roy Vinu, who has been dubbed a con woman by victims.

Reports circulating on social media suggest Cathy who is part Guadalcanal and part Ngella was involved in schemes to defraud unsuspecting members of the public.

She allegedly began her antics in 2007 when she was posing as an agent for the seasonal workers’ scheme in New Zealand .

Many alleged victims said on social media that they reported the matter to police but no action had been taken.

But Commissioner Mostyn Mangau told his weekly news conference last Thursday “no formal report or complaint has come in yet” .

“If people think they report to CID but CID did not take any action, if police officers not attending to their work as claimed by the general public, the PSII is close to CID as well, for you to go there to report to them why police CID did not take action on your report.

“Or feel free to write directly to the Commissioner’s office or attend PPC at Central Police Station or if it happens in Guadalcanal area, report to PPC of Guadalcanal Province,” Commissioner Mangau said.

There are procedures, the Commissioner said.

”Or, if you think to bring it to the attention of the executive, bring it up. The Police Force belongs to us, everyone has the right to raise any concerns to us to address and provide service to our community.

’But so far no formal complaint has come in yet to my attention,” Commissioner Mangau said.