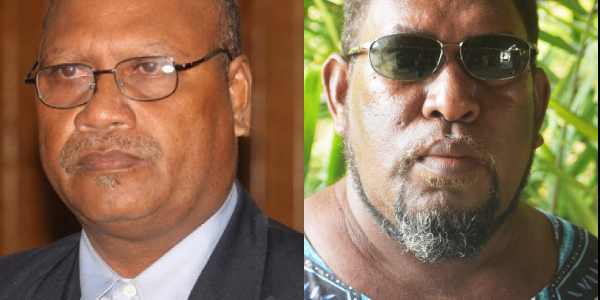 AN outspoken Malaitan community leader has described as “stupid” claims for monetary compensation by Opposition Members of the Malaita Provincial Assembly (MPAs).

Charles Karaori was commenting on news reports that the Opposition MPAs of the Malaita Provincial Assembly are seeking $160, 000 and 16 shell money as compensation from Premier Suidani and his MARA government.

“The claims are stupid,” he said.

“This is simply a fundraising drive because the MPAs seeking the compensation are all living in Honiara. They should all go home to be with the people in the WARDS they represent.

“As a Malaitan, I am ashamed. These MPAs have turned Malaita into a laughing stock. They are no different from the looters who destroyed shops and buildings in Honiara last November for no good reason at all,” Mr. Karaori said.

Mr. Karaori said Premier Suidani should not waste time dealing with such a claim because first of all, the Province does not have that kind of money.

“Secondly, the claim for monetary compensation does not have standing in law. This is political stuff and should be settled politically on the floor of the Chamber of the Provincial Assembly.”

“I am of course fully aware of a number of illegal activities during the No Confidence Motion against Premier Suidani but that does not warrant a call for monetary compensation. The MPAs should take up their grievances in the court rather than what they had done, using the mainstream media to broadcast their claims.”