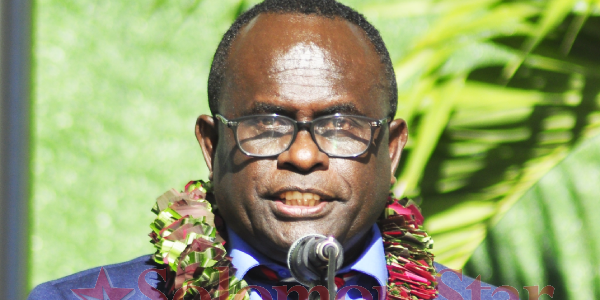 THE Minister for Commerce, Industries Immigration and Labour, Frederick Kologeto has been formally reported to the Solomon Islands Independent Commission Against Corruption [SIICAC] for official corruption.

Ms. Lelapitu said the official corruption allegation relates to the de-registration early this year of Vella Development Company [VDC] – a people’s entity on South Vella – and the registration in its place of South Vella Holdings, a company said to be owned by Minister Kologeto’s family.

Minister Kologeto was allegedly responsible for both the de-registration of VDC – a company which has been in existence since 19th April 1974 – and the registration of South Vella Holdings recently, Ms. Lalepitu said.

“Yes, we have filed the official corruption allegation against the Minister with the SIICAC, requesting the anti-corruption body to investigate the Minister’s involvement in the de-registration and registration issue.

“The people of Vella Lavella are very angry about what the Minister has done and have asked me to file the matter with the SIICAC,” she said.

“The people are angry because what the Minister – someone they have supported to win the last national general election – has turned around and remove VDC from them. The Minister should realize he’s only a casual in the position and should never acted in the way he did,” Ms. Lelapitu said

According to a copy of the Perpetual Estate Register, which Solomon Star, has obtained, Minister Kologeto has registered Parcels 079-004-2 and 079-004-3 under the Ministry of Commerce since 16th July 2021 with the powers being vested in the Minister “pursuant to section 146 of the Companies Act 2009.”

The two parcels superseded Parcel Number 079-004-1, according to the record on the register.

But Ms. Lelapitu told Solomon Star, the provision of the Companies Act does not apply because VDC’s registration has been active since 19th April 1974.