COVID INVASION CONTINUES INTO PROVINCES WITH RENBEL THE LATEST 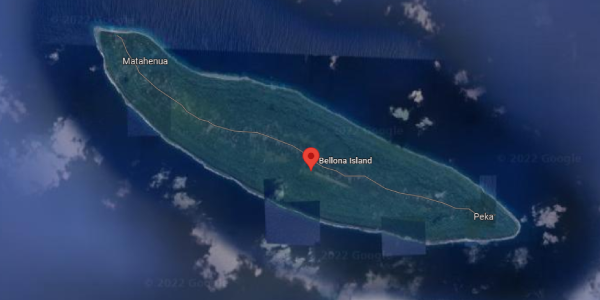 Covid-19 cases continue to surge into the remote parts of the country with Rennell and Bellona the latest Province to report 12 positive cases on Tuesday 1 March.

Overall, a total of 290 additional cases have been recorded since yesterday. Among these, 183 have been new cases with 25 from Honiara, 27 from Malaita, 5 cases from Guadalcanal, 19 from Central Province, 37 from Western Province, 8 from Choiseul, 50 from Makira, and 12 new cases from Rennell Bellona Provinces.

There have been 64 additional cases reported from Isabel, 26 from Malaita and 17 from Guadalcanal last week taking the country’s total case count now at 7,258.

Health and Medical Services Minister, Dr. Culwick Togamana confirmed yesterday that all the new cases from Renbel Province are from Bellona, which indicated that community transmission is now confirmed for the Province.

Contact tracing and more swab tests have been conducted yesterday in Bellona and more updates on COVID-19 situation there will be provided in coming days.

Malaita Province has recorded total of 901 cases so far which were detected mostly in Auki and surrounding communities and Malu’u in North Malaita. Three deaths have been reported in Malaita in past 24 hours.

In Guadalcanal Province, 5 additional cases have been detected bringing the total case count for the Province to 353.

For Western Province the total case now stands at 597 while Choiseul Province had recorded 8 new COVID-19 cases at Taro Township in the past 24 hours bringing the total case count for the Province to 198.

In Makira, 50 more additional cases had been reported yesterday from 145 samples collected. This brings the total case count for the Province to 210.  Temotu Province is now the only Province that is COVID-19 free.