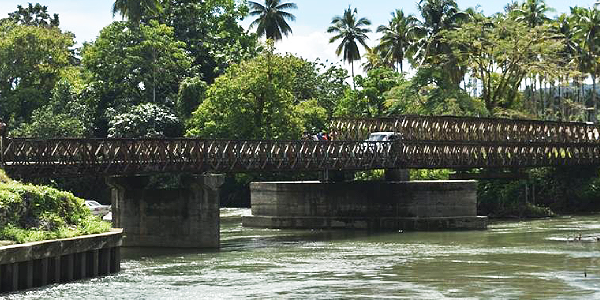 THE Death of a young male person from Fulikaomae community in the Aoke-Langa Langa Constituency in Malaita Province has shocked the community.

A male in his 20s from the community located in the outskirts of the Malaita Provincial capital, Auki, was found dead beneath the Fiu River Bridge near Kilusakwalo community in the Central Kwara’ae Constituency.

Fulikaomae Villagers spoken to yesterday, told the Solomon Star that they were shocked by the discovery of their community member’s lifeless body beneath the bridge.

One community member said the deceased was a well-known person that was full of charisma and humour.

The community member said they want to see justice served for the innocent young man who lost his life for unknown reasons.

The community member is of the view that the deceased was killed and later dumped beneath the bridge.

The community member who spoke on the condition of anonymity called on police to fast track their investigation into the suspicious death and arrest those responsible.

The community member said given the sensitivity surrounding the case, police should act quickly to prevent angry relatives from taking the law into their own hands.

Provincial Police Commander (PPC) Malaita Province, Superintendent Leslie Kili said, “It is confirmed that the dead body is of male adult person in his 30s or 40s.”

Superintendent Kili said, “Police believe that it was a suspicious death because the deceased had swelling on his face and at the back of his head.”

He said, “The deceased was identified by his relatives from Fulikaomae Village in Auki-Langa Langa. The deceased is currently at Kilufi Hospital morgue for a post mortem that will form part of the police investigation.”

PPC Kili said, “The deceased spent last weekend with his relatives at Kilusakwalo Village to watch the World Cup 2022. He was last seen at Kilusakwaso on the evening of the 3rd of December 2022.

He added, “A death inquiry has been established and currently the investigation into the suspicious incident is continuing.”

“My condolences to the immediate family of the deceased during the great sadness and the loss of their loved one,” PPC Kili said.

Police are appealing to anyone in and around the area that may have any information related to the death and come forward to assist police.