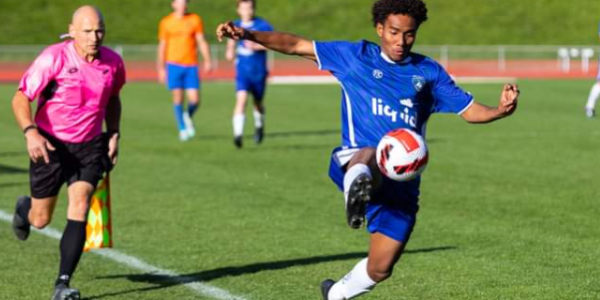 ALDEN Suri, 18, the son of the Solomon Island football legend Batram Suri has made his first debut for the Petone football club in the Central league of New Zealand, Saturday.

Young Suri played 29 minutes, coming from the bench in their 0-0 draw against Wellington United.

He is also one of the Solomon Island players who represented the country in the U17 FIFA World cup in Brazil, in 2019.

The youngster joined Leon Kofana and star striker Raphael Lea’i in 2020 under a scholarship at Scotts College in Wellington, New Zealand.

Unlike the other 2 young footballers Suri continued to pursue his football carrier in New Zealand.

His consistency in football while studying and playing under the Scotts College Scholarship has earned him a place in the new Petone FC squad.

The news of Suri’s debut has received widespread acclamation by football fans in Solomon Islands, as they took to social media to congratulate the lad for such an achievement in his football career.

Petone FC will return to the pitch this Friday against Napier City Rovers.

It is expected that young Suri will get more game time in their next match.