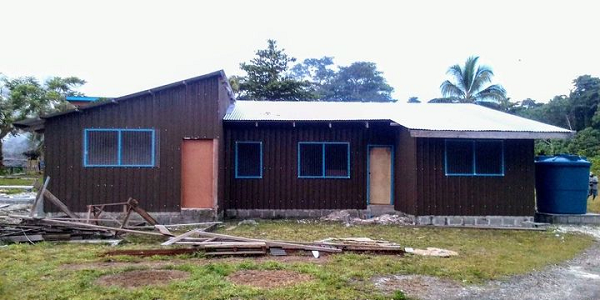 THE Makira Ulawa Province Health Authority is currently investigating local contractors who were engaged in the construction of Taheramo Maternity Clinic in North Ulawa.

Director of the Provincial Health Authority John Harara told Solomon Star that the clinic project is incomplete after local contractors walked away from the project taking with them the project materials.

“The workers were unhappy with the revised contract payment by the Rural Development Project (RDP) so they left taking with them materials from the clinic’s building project,” Mr Harara said.

He said RDP funded the maternity clinic project after the province made a submission.

He said the project should have been completed within the months of November and December 2021.

He said the local contractors were not happy with the review package so they showed their disagreement by stealing the materials in the project’s building.

“RDP has done review payment for all similar projects in the country, and not only at Taeheramo Clinic Maternity Project, the local contractors should understand this matter careful.

“This is because of the financial constraint face by country and also the RDP,” Mr Harara said.

He said similar projects for RDP in Makira Ulawa Province were also affected by the review payment but contractors for those projects were able to complete the projects.

He said he is yet to receive a proper report from the contractors and RDP about the hold of the project.

However, he said the Provincial Health Authority can help complete the project because it is an important project.

He said the medical store will support people in Ulawa when they are sick and they don’t have to travel to Kirakira to get medicine.

“I will check with the RDP and the local contractor to short out the issue before the project can continue to its completion,” he said.

The project is 95% complete.