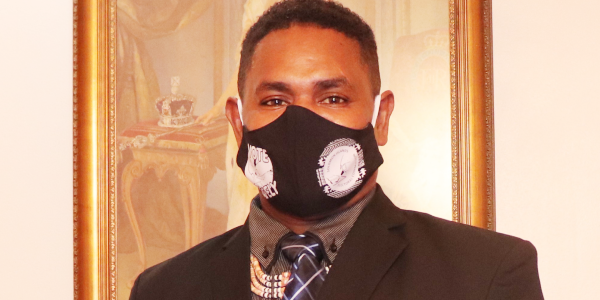 THE Electoral Office has announced December 14, 2022 as the election date for the Western and Choiseul Provincial Assembly elections.

Acting Chief Electoral Officer, Fredrick Bosoboe, announced this date after the election date was officially published in the gazette by the Minister of  Provincial Government and Institutional Strenthening, Rollen Seleso, marking the opening of nominations.

“The publication of this election date notice in the gazette commenced the seven-day candidature nomination period: 9th to 16th of November, 2022.

“All intending candidates have until 16th of November 2022 to do their nomination with the Assistant Returning Officer for resspective wards in the two provinces.”

Mr Bosoboe said that names of Assistant Returning Officers (AROs) for all the Wards in Western and Choieul Provinces are published on the SIEC facebook page.

“Candidates do check SIEO website and facebook page to know who the respponsible Assistant Registration Officer for the ward you are intending to contest to whom you will file your candidate nomination application form.

“Hard copies of these nomination form are to be collected from respective  Assistant Returning Officer for the ward at the provincial nomination centers.

“Check Electoral Commission facebook page and webistge for the list of Nomination Centers for Choiseul and Western Provine at www.siec.gov.sb ,” Mr Bosoboe said.

He said that an intending candidate must be nominated by three registered voters, is registered and resides in the Ward where she/he wants to stand, must be a registered voter for the province he/she intends to contest and must pay a none-refundable nomination fee of $500.

Mr Bosobow added that the intending candidate must also resign from his/her job if he/she is a public servant, must not be involved in any work in relation to the conduct of voter registration within the last 12 months and must file his/her nomination with the Assistant Returning Officer before close of the nomination period.

He further added that a candidate who represents a political party along Section 65 of the Electoral Act must submit along with his/her nomination an application form, a letter from the Registrar of the Office of Political Party Commission certifying that he/she is a registered member of the political party for which he/she seeks nomination for and that he/she is a party candidate.