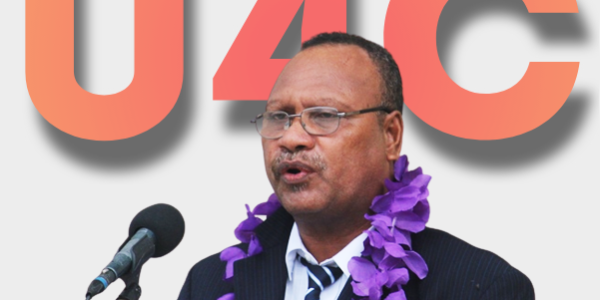 THE soon to be registered political group ‘IUMI For Change (U4C)’ led by the Malaita Premier, Daniel Suidani, will hold its first public awareness talk in the provincial capital, Auki, today.

The group has successfully elected its interim committee last month will start its awareness programme at the Auki Central Market at 10am.

According to a statement released by the U4C Secretary Celsius Talifilu, Premier Suidani and his U4C Executive are expected to do the awareness talk on their manifesto in preparation for the 2024 National General Election.

“The Premier and the U4C Party Executive are to make the first party awareness talk this Friday, 11 November at the Auki Market.

“Want to know more about the party; its manifesto and how to join, come to the awareness talk.”

Solomon Star understands that U4C is steadily gaining momentum in Malaita Province ahead of its registration which it plans to do either at the end of this year or early next year.