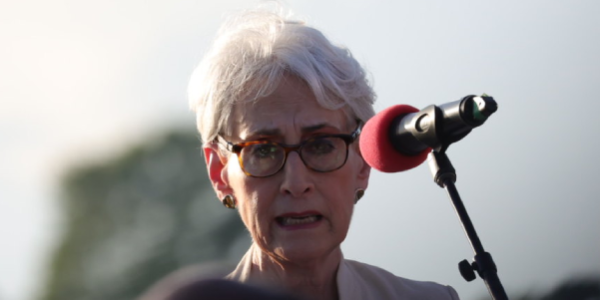 THE world today is engaged in a different kind of struggle – a struggle that will go on for some time.

This was the statement of Deputy Secretary of State Wendy Sherman during the commemoration of the 80th Anniversary of the Battle of Guadalcanal at Skyline Ridge this morning (Sunday 7th August 2022).

“President Biden and Secretary Blinken have both said we are in a decisive decade,” Deputy Secretary Sherman said.

“It is up to us in this moment to decide what we want our world to look like—for ourselves, for our children, and in my case for my grandchildren—and to redouble our work together to realize that future.

“It is up to us to decide if we want to continue having societies where people are free to speak their minds. If we want to have governments that are transparent and accountable to their people. If we want an international system that is fair and orderly, where everyone plays by the same rules and where disputes are solved peacefully.

“If we want to embrace our ability to come together and solve our shared challenges—foremost among them the climate crisis, so understood here, which poses such a profound threat to the people of this region and to the security of the world. If we want to trust in each other, to recognize our mutual humanity and our common interests.

“It is a daunting task. But we need only look around ourselves here today to see the hope and promise of a better future—one where former combatants, former enemies, can become the staunchest of allies and the truest of friends,” Deputy Secretary Sherman said.

Eighty years ago in the Battle of Guadalcanal with over more than six months of fighting, Deputy Secretary Sherman said some 1,600 Allied troops were killed. More than 4,000 were wounded, and thousands more died from disease.

She said no one—no one—can say for certain how many Solomon Islanders lost their lives when their home became a battlefield.

“But today, we remember the pain and strife that scarred the Pacific. We honour the memories of those who died and were injured—both during the war itself, and in the years afterward, as a result of unexploded ordinance and other after-effects of the conflict.

“And we recommit ourselves to moving forward together as partners—and as true and lasting friends.

“Those who fought here may not have been able to foresee this day, any more than they knew whether they themselves would live to see another dawn. But I like to think they hoped it was possible. That they believed their efforts would help build a better, safer, more democratic world—a world where people and nations are free to choose their own paths,” she said.

She said today – as they have been every day since the war ended – former combatants are united on Guadalcanal as partners in peace.

“So I ask that we all commit ourselves to serving as a new Guadalcanal generation—brought together not only by our shared past, but by our shared values and our shared vision for a free and open, and prosperous and secure, and above all peaceful Indo-Pacific… and a peaceful world.”

Deputy Secretary Sherman is leading an inter-agency U.S. delegation to participate in the commemoration of the 80th anniversary of the Battle of Guadalcanal.