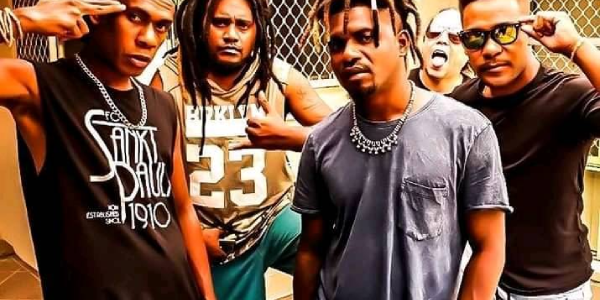 Long Way Home is the group’s latest album which was released in Honiara last week after seven years of hard work and commitment by the band and their DJ Manager and Executive Producer Victor Lopez.

DMP gave crowd a taste of songs in their new album during a live performance at Pacific Crown Hotel last week on Thursday night and also appeared on PAOA FM Radio for a live interview before the band officially released the album on Friday.

“From the band, DMP, all we can say is that this album is definitely the best album we have ever made,” Lopez said during the interview.

“Thanks to God, indeed we are honoured and blessed to have had the privilege to work alongside our all-time favourite artists on this project.”

According to the executive producer, Long Way Home also featured some overseas artists such as Anthony B, Iyaz, Demarcodadon, R. City, Konshens and Da’ville.

“This includes some of our very own Solomon Island brothers, Khazin and Small Jam, we can’t wait for you guys to hear this,” Lopez added.

“We are overwhelmed and blessed, thanks to all our fans for streaming and playing our music on Spotify, we are looking for more of our fans to stream our new album on Spotify and other streaming platforms,” the band stated following the release of the album.