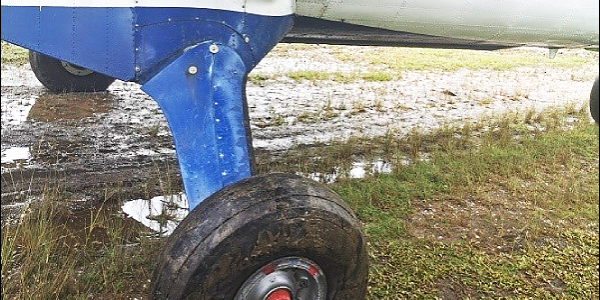 NEARLY three quarters of domestic airports are reportedly contributing to the enormous costs of wear and tear to Solomon Airlines domestic fleet, sources have revealed.

And with lack of funding support by the government for the maintenance of the airstrips, the conditions are expected to deteriorate further this year, posing greater risks to the travelling public, the sources said.

Officially, there are 24 domestic airports that are listed as serviceable – many others are simply listed on papers. If three quarters are operating below minimum standard, it means some 18 airstrips could be operating under the barest minimum of safety standards prescribed by the International Civil Aviation Organization (ICAO)

It is unclear if the Civil Aviation Authority of Solomon Islands (CAASI) – the authority mandated to ensure safety of the travelling public – has raised the matter with the government.

It is also unclear whether plans exist for the maintenance of domestic airstrips – although a number has been identified for upgrade this year.

Neither the Ministry of Communication and Aviation nor CAASI could be contacted for comments yesterday. All phone calls to both offices simply rang out.

The National Carrier – Solomon Airlines – has repeatedly raised concerns of the conditions of the domestic airstrips with threats to close down some of the airports but to no avail.

Solomon Airlines could not be reached for comments yesterday.

Atoifi Airstrip in East Kwaio on Malaita is one of the domestic aerodromes being identified as one of the 18 which requires urgent maintenance.

This week one of its Twin Otter aircraft got stuck on the tarmac at Atoifi Airstrip when it blew its mid right tyre when it was getting ready to taxi for takeoff.

Seven passengers on the flight had to be asked to leave the aircraft as a replacement aircraft with a team of engineers flew from Honiara to repair the mishap.

The replacement aircraft flew out after passengers waited for almost two hours at the airport.

Sources confirmed that three quarters of the domestic airstrips are contributing to the hefty wear and tear bill that the struggling airline has to meet in order to keep flying.

“The cost is enormous,” the sources said.