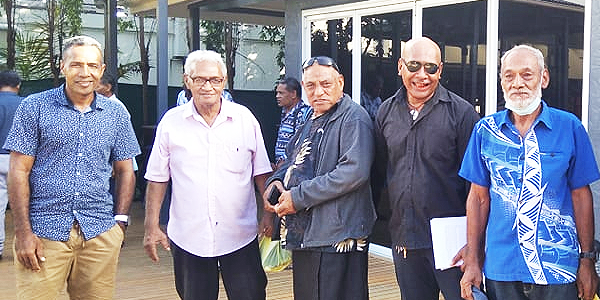 The dialogue under the theme “Towards Developing Sustainable Livelihoods in the East Rennell World Heritage Site” brought together key stakeholders, including community representatives of East Rennell and those based in Honiara, government ministries, the Renbel provincial government, Non-Government Organisations (NGOs) and experts.

The meeting was joined virtually by regional UNESCO partners and International Union for Conservation of Nature (IUCN) Oceania.

The meeting focussed on the formulation of an action plan by the respective stakeholders for the development of nature-based sustainable livelihoods which are compatible with the World Heritage values.

East Rennell was enlisted on the World Heritage List in 1998 as the first natural World Heritage site under customary management and ownership. Since then, local communities have been protecting the World Heritage values against destructive activities like the commercial logging and mining operations on the west end of the uplifted coral island. However, due to multiple threats to its Outstanding Universal Value from logging, mining, invasive species and the absence of a management plan, the site was listed as one of the 52 sites of 1,154 World Heritage sites in Danger. It is the only natural heritage site on the Danger List in the Pacific region.

Solomon Islands National Commission for UNESCO Program Assistance Coordinator, Sophie Liligeto, in her opening remarks said they are aware of growing frustrations amongst the local communities about the few tangible socio-economic benefits from the 20-year+ World Heritage designation.

“In view of continued food insecurity for local communities which is exacerbated by the COVID-19 pandemic and the impacts of climate change, there is an urgent need to develop sustainable income generating alternatives for socio-economic development against unsustainable short-term solutions including commercial logging and mining,” Mrs Liligeto said.

She pointed out that some of the recommendations made by the 2019 UNESCO/IUCN Reactive Monitoring Mission to East Rennell was prioritising the development of sustainable livelihoods for the local communities, recognising of the important role played by women in East Rennell and involving them in development plans, as well as seeking technical and financial support from the international community.

“Be informed that UNESCO has been closely working with the Solomon Islands Government through the Solomon Islands National Commission for UNESCO and local communities through the Lake Tegano World Heritage Site Association to facilitate dialogues towards exploring nature-based sustainable livelihood options in East Rennell with support of the UNESCO/Netherlands Funds-in-Trust,” Mrs Liligeto said.

Mrs Liligeto of the Ministry of Education and Human Resources said their first step was the organization of community meetings for the four villages in East Rennell last month in which they discussed existing challenges and opportunities in East Rennell and identified potential sustainable livelihood options.

The Member of Parliament for Rennell Bellona Dr Tautai Kaitu’u also attended the stakeholder consultation dialogue. He reaffirmed his continued assistance towards the East Rennell Committee and UNESCO by ensuring that logging or mining activities on the western end of the island do not disturb the Outstanding Universal Value (OUV) of the site.

The UNESCO representative to the Pacific States Ms Nisha who was also present at the dialogue emphasized the importance of achieving the Sustainable Development Goals and thus encouraged all stakeholders to be serious in their efforts to manage the site.

Environment and Conservation Division representative told stakeholders at the dialogue that they have initiated discussions to build an office space at East Rennell in collaboration with other relevant government ministries.

The dialogue sessions covered the identification of challenges and opportunities, sharing experiences and lessons learnt from other projects and the drafting of an action plan.

East Rennell Council of Chiefs unanimously resolved in their side-meetings to nullify and remove paramount chieftainship and have it replaced by a ‘Chairmanship post in line with changes in adopted governance system similar to Bellona and West Rennell set-up.

Meanwhile, consultations to have the site managed under the Protected Areas Act 2010 will continue this year. Live and Learn will also continue to conduct their partnership to pilot carbon trade projects.