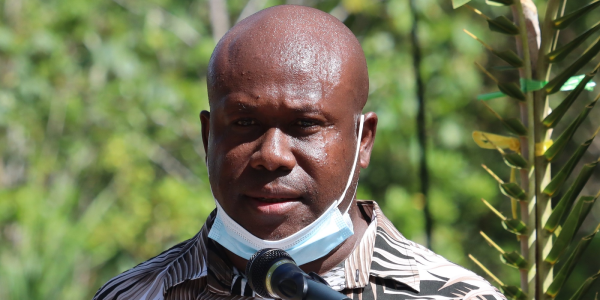 A THIRD courtesy visit to Temotu Province to discuss and identify a site to build a security base in the eastern part of the country has been conducted over the weekend.

The visit on Saturday 3rd September was conducted by officials from the Australian Defence Force (ADF) and the Solomon Islands Government.

This was highlighted by the Minister of Police, National Security and Correctional Services Anthony Veke in parliament yesterday in response to a question raised by the Opposition Leader Matthew Wale.

He told parliament that on Monday, the delegation visited the Temotu Provincial Government (TPG) executive and held talks with the provincial executive over the proposal.

“The purpose of the site visit is to understand the security environment at the outsketch of Temotu outer islands and to assess and identify the most strategic location to host the project and to give the law enforcement agencies the overview of the what could be the concept plan for the eastern border.

“My ministry with donor specialist aim to complete the requirements by the end of this year and will lead to commencement of the design process,” he said.

The Australian Government through ADF is offering to fund the project.

The push by government establish a security base in the eastern came about after calls from the people in the region to help monitor the movement of ships coming into the country from that end especially fishing boats.