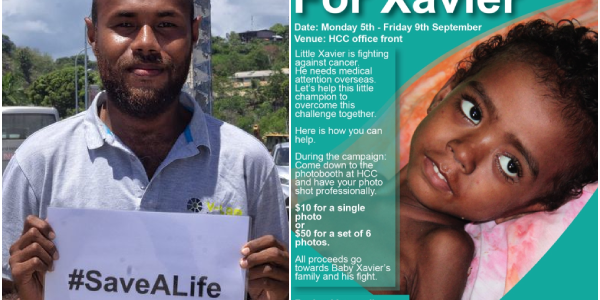 One more shot (OMS) photography and film foundation has currently rolled an OMS photography campaign for young Xavier Bele who has Leukemia.

OMS photography and film foundation has been running the photography campaign in aid of young Xavier undergo medical treatment which is only available overseas.

Young Xavier is diagnosing with blood cell cancer which his family are planning in travelling to Philippines for the operation.

In statement from the OMS photography said that, “in honour of all our previous campaigns, OMS would like to appeal to everyone to support this campaign as you have did before, there is nothing more patriotic than supporting another Solomon Islander”, statement said.

“A single photo is only ten dollars while six photos is only for fifty dollars, all proceeds will be handed over to the Xavier’s Family after the weeklong campaign period has laps”, statement concluded.

Meanwhile the photography campaign in aid for young Xavier has continued this week.