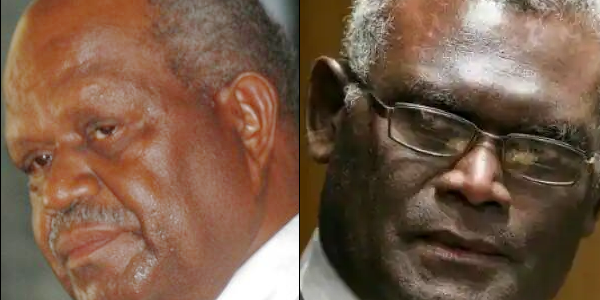 Twenty- two years on some Ex Malaita Eagle Force (MEF) members are still waiting on the national government for its rehabilitation promise.

A Malaitan who identified himself as an ex MEF by the name of  James Denver Baura said he still remembered the promise made by former Prime Minister (PM) Allen Kemakeza and current PM Manasseh Sogavare to rehabilitate ex MEF members for protecting Honiara city in the height of the civil war that torn the country apart.

Speaking to Solomon Star Auki, Mr Baura said they are still waiting for the rehabilitation promise and he called on the national government to deliver its overdue promise.

In doing so, he called on the Malaita Provincial Government and the national government to set up a new office in Auki to facilitate the long overdue promised rehabilitation projects.

“This is to follow-up on all overdue rehabilitation packages promised by the National Government since year 2000 under the leadership of former Prime Minister Allen Kemakeza and the present Prime Minister Manasseh Sogavare,” Baura said.

He added, today is the 22nd year since that promise by SIG left unfulfilled to assist ex militants to resettle back into their communities and start small projects like piggery, poultry, eco-timber milling, fishing, cattle ranching and others.

Baura said ex militants are tired of going over to Honiara on too many occasions in the past and present to check with the national government for their rehabilitation packages only to be told the packages are not ready.

Therefore, the setting up of an office in Auki could be a better option.

“We wasted lots of money on ship fares and accommodation whilst in Honiara while we wait for the promised packages.

“Therefore to avoid this waste of time and money the best and viable option is to set up a new office in Auki within the next one or two months.”

Baura further suggests that the new office is to liaise with the National Government to speed up the settlement of those long overdue Rehabilitation and Restoration Project packages to help ex militants start their projects at home.

“This must happen before old age catches up on them with nothing from the government for the valuable services rendered by our ex militants to defend and save Honiara City for the government to continue ruling over Solomon Islands today,” he said.