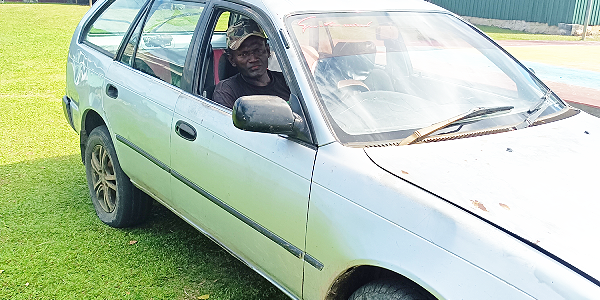 HISTORY has been written for Vella La Vella, Western Province after the first-ever taxi service for the island is now in operation in Southeast Vella Constituency.

The service since its inception last year has been serving the public in that region, thanks to the Vonunu National Secondary School (VNSS) School Principal Lawrence Zaza.

Speaking to this paper via phone call interview yesterday, Mr Zaza said the main intention behind opening up the service is because of the availability of the existing infrastructure like roads and other developments in Vella that is happening in the constituency.

Not only that but to provide services for the rural people who may need it.

He said sometimes when the sea gets ugly and rough, people from the nearby villages cannot travel by boat to their destinations.

“So what’s the other option. Some will also miss their appointments, or other important business to take care of, even worse, an emergency attention to the nearest clinic.

“So our idea is to run a taxi service because of the road condition we have is better,” he said.

He said the taxi rate is similar to Gizo taxi rate service which is $15 for per kilometre.

“This taxi fare rate has been welcomed by the passengers from the nearby villages and they all agreed to the fare arrangement.

“However, whenever the school needs transport, it is free of charge, we only charge taxi fares when picking up passengers at the villages,” Mr. Zaza added.

Zaza further added the taxi service operates from Sambora to Barakoma within the Bilua region of Southeast Vella Constituency.

Meanwhile, road and bridge network upgrade and construction in Vella from North to South will be also undertaken sometimes later this year and next year.

It is one of the main key objectives from the current Member of Parliament (MP) for SE Vella Constituency, Fredrick Kologeto.