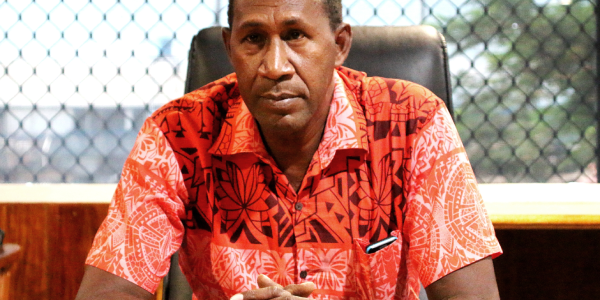 The Vavaea ward 5 in Central Honiara has a new Councillor after counting was completed at the Rove Police Headquarters.

The returning Officer for Vavaea Ward 5, Fred Jones Warereau has declared with the highest votes Ezra Fo’oro as the new Councillor, who won with 368 votes.

His runner up Andrew Manaisi polls 321, followed by Richard Ramoni Fugui with 318 and John Ivan Aruhane with 313.

The newly elected Councillor Ezra Fo’oro said he is very humbled with the win and thanked the people for the trust and support towards him.

He said he is looking forward in serving the people in Vavaea ward to create ways to help and assist them as their Councillor.

“I acknowledge the support and would not do this without the people, and as their newly elected Councillor, I will pick up from where the late Billy Abae has left and continue with the
leadership,” he added.

He said he will also come in and help strengthen the current HCC Executive and work together with the Mayor and HCC Management.

He thanked his supporters and advisory committee for the hard work in securing the win.

Total number of votes cast in all 12 Polling stations in the BY Election was 1325.