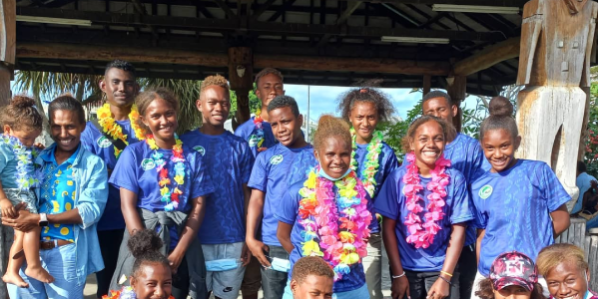 Team Solomon competed against Team Fiji, Vanuatu and PNG in the U12, U14, U16 category.

The team in overall competed well in all age categories despite being the first time for most of these young tennis players,.

Three players have qualified for West Pacific team for the Pacific Oceania Junior Championships (POJC) which is set for September 10th to September 18th in Fiji.

John Taufunu Junior, Magaret Agi and Moginah Mae secured a spot for the West Pacific team after reaching the final two stages of the singles competition of the West Pacific Qualifying Championship.

Taufunu Junior qualified from the men’s U14 category after reaching the grand finale, unfortunately he went down to Fiji’s Deeansh Singh.

Two female tennis players Agi and Mae secured their respective places after they both made it in the women’s U14 and U16 category third and fourth playoffs respectively.