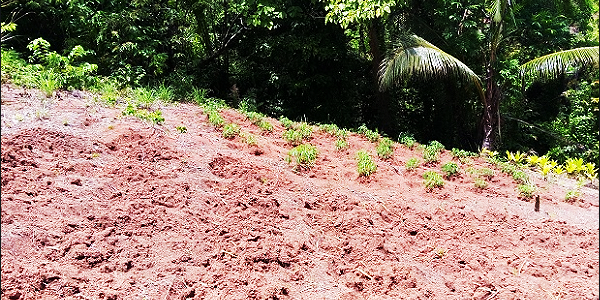 STEALING of food gardens appears to be on the rise in some parts of Malaita Province.

This came after several villagers and farmers have fallen victims of the evil act.

Reports reaching the paper said people who own food gardens have experienced that their root crops and fruits from fruit trees went missing just before its ready to be harvested.

Few villagers around Abetaba’a area in the highlands of ward 29 had experienced similar situation.

A villager at the area who declined to be name said most villagers and innocent families have experienced the impact of such evil act.

He said the villagers started experiencing such bad practise two months ago.

The villager attributed the lock downs and cash flow problems as a result of the COVID-19 situation as the main factor.

“Food garden stealing is becoming a new practise in the area. A few families have experienced their food gardens being stolen.

“Just last week a family had lost their food garden in the hands of thieves.

“This is become a worrying situation for poor farmers in the area,” the villager said.

He called on community leaders and chiefs around the Abetaba’a village to put tougher measures against those who are practising such criminal acts in the communities.

He encouraged villagers to report any criminal activity related to garden- stealing to the police and responsible bodies.

Incidents of food garden theft had also surfaced in the Western province.