OFFICIALS TESTED POSTIVE FOR COVID-19 AHEAD OF WPA MEETING 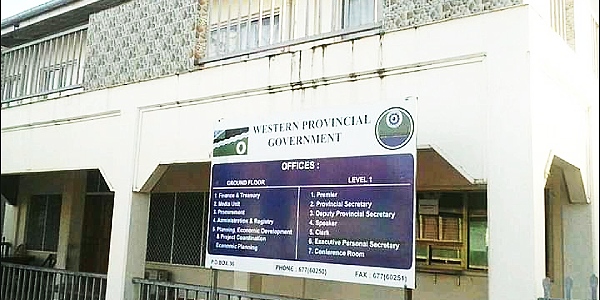 This was confirmed by the Western Province Health Authority yesterday evening after testing was done through the Gene Xpert machine at the Gizo Laboratory Hospital Unit.

This exercise was conducted ahead of the proposed Western Province Full Assembly Meeting which is planned for Wednesday 23rd 2022.

The positive cases include some of the WPG Heads of Departments (HOD), officials and a number of Western Members of the Provincial Assembly (MPAs).

With the positive results, sources from the WPG said the final decision for the full Assembly Meeting to go ahead will depend on the outcome from consultation between the Office of the Speaker and the Premier.

Following the result of the testing done by the Gizo Health Medical Team, they advised those who tested positive to quarantine for 10 days in their homes.

Sources revealed that some of the MPAs are yet to get their swab tests done.

The Assembly Meeting is planned to be held at the MSG building under strict COVID-19 Protocols.