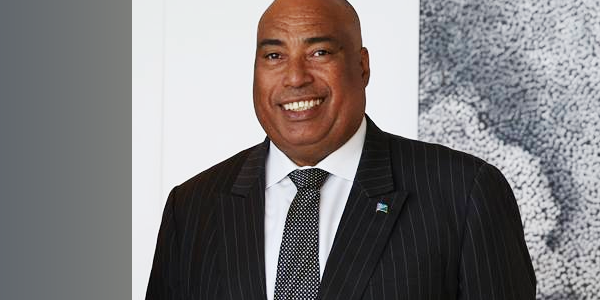 No limit on numbers wanting to work on labour scheme

SOLOMON Islands Government will not restrict the number of local workers wanting to go overseas to work under the seasonal mobility labour scheme.

That’s according to the Permanent Secretary of the Ministry of Foreign Affairs and External Trade (MFEAT) Collin Beck last week during a press conference in response to reports that some countries in the Pacific are trying to put limit on the number of workers sent overseas for work.

To clarify government’s position on that latest move by Vanuatu and Samoa, Mr Beck said; “we are not putting any limit to that. Every country in the region are different. They have different levels of development. In our case we have basically around 20,000 youths looking for jobs every year.

“In our situation, we are still a thirsty country that is looking for employment both domestically as well externally, while we keep trying to create jobs from within,” he said.

“So, when opportunities are there, we will continue to embrace and utilize and take advantage of it.

“We will always ensure that those who seek employment we will always try to find space for them to do that. So, it will not affect that one,” he said.

The PS said, given the country’s population compared to other Pacific Island countries as being one of the fastest growing, the country must take advantage of the opportunity.

“So basically, a fertile ground to harvest opportunities that are out there, wherever there is employment we will try to take advantage of it.

“Our growth is not keeping up with our development needs, and we just need to work on creating more jobs within, until that happens, until we reach that stage, we will continue to take advantage of that, we will move in an uncapped way.

“We will not try to put any limit on any form. That’s the process as it stands.

“We also do not discriminate as to who applies, do not separate, there are graduates, whatever sector, whatever fields, as long as the employers select them we will continue to send them out on that,” he said.

Mr Beck said, the see that in a positive sense as they would not only be contributing back to the economy, but also to allow them to up skill themselves, equipped themselves.

“In the sense of carpenters can buy tools return and then continue on with their business in the country in terms of developing more employments for other wantoks,” he said.

Its understood currently there are close to 4000 locals currently working overseas and the government wants to see the number hit 10,000 by next year.
By MOFFAT MAMU