Warriors tops round one 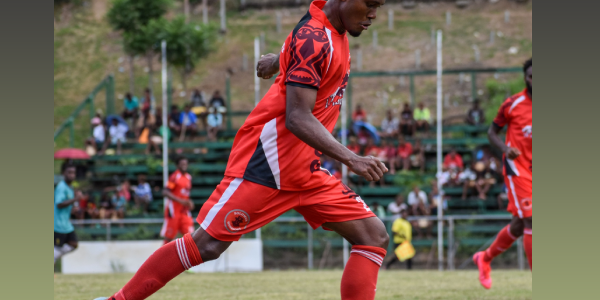 SOLOMON Warriors FC ended their first round of the Telekom S-league (TSL) season at the top of the table with 28 points.

Warriors won their final match of round one defeating FC Isabel United 3-1 at Lawson Tama, Sunday.

Standford Fakasori scored the opening goal 19 minutes from kick off.

Tigi Molea extended the lead for the second goal four minutes later before young Norman Winford’s goal made it three a minute before half time.

Solomon Warriors has made an impressive run in the first round having won nine matches, drew one and suffered only one defeat.

Henderson Eels also completed their round one matches and currently sits n second place with 25 points.

Laugu has one match left for the first round and currently sits at the fourth spot with 22 points.

Kakamora remains on the tenth place with nine points.