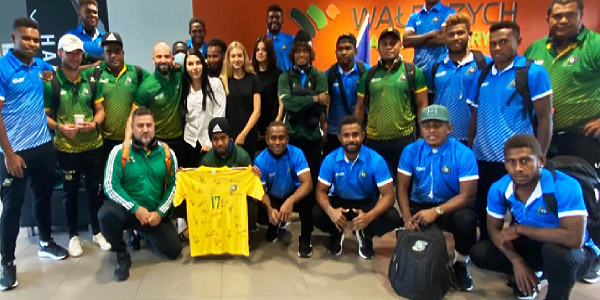 This is the first of four pool matches of the Futsal Week Summer Cup.

Their second pool match will be up against Italy tomorrow September 2nd, Finland on Friday September 4th and Azerbaijan on Saturday September 5th.

Prior to this Futsal Week Summer Cup, Kurukuru has played four friendly matches against some of the tough futsal clubs in Europe as part of their preparation for the FIFA Futsal World Cup in Lithuania in two weeks time.

They suffered a 2-1 defeat to Futsal Brzeg of Poland in their first taste of friendly defeat over a slim 2-1.

Their second friendly saw them finish off with a 3-3 draw with two-times Germany Futsal Bundesliga champions Hohenstein Ernstthal HOT 05.

Kurukuru coach Vinicius Leite in one of his recent interviews believes that these friendly matches will help very much in the team’s preparations for the FIFA Futsal World Cup.