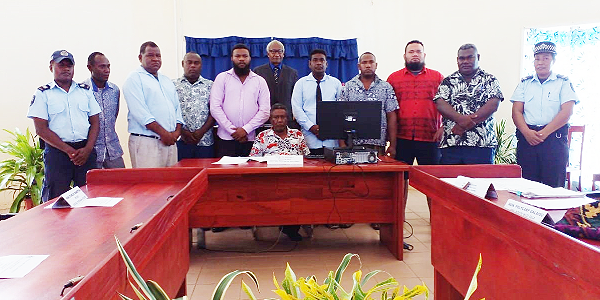 POLYCARP Galaigu, MPA for North West Ngella is likely to be the next Premier for Central Province as nomination close at 8 am on Wednesday.

A source within the Provincial Assembly hint that after the motion was passed, Tuesday, Mr. Galaigu was the preferred choice.

The motion was passed by an absolute majority of eight without the presence of the current Premier and his executive.

Provincial Speaker Francis Moah in an interview said following the passing of the motion, they made an amendment to the Standing Order 113 to allow for the nomination within 24 hours instead of 48 hours.

The Standing Order 113 stated that ‘Where a Motion of No Confidence passed the current meeting be adjourned for 48 hours excluding weekend and public holiday.

He said as of Tuesday, only one candidate submitted his nomination by 4pm. In this case, the Speaker will declare the winning candidate today.

If he becomes the premier he will only serve for a year as the provincial assembly will be dissolved on the 11th of June, 2023.

The speaker said the situation at Central Province was calm although there were mixed reactions on the outcome of the motion, Tuesday.

“Everybody is looking forward for the declaration of the new premier today,” he said.