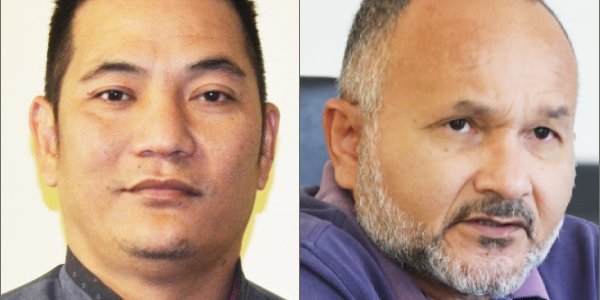 Chairman of Caucus and Member of Parliament for West Honiara Constituency Honorable Namson Tran has called out Matthew Wale to at least be truthful and stop confusing and misleading the public.

Mr. Wale alleges in a media article “Abuse of Office” by Hon Tran. But The Leadership Code Commission in its investigation and findings cleared Mr. Tran of allegations of “Abuse of Office “and declared on the 23rd of February 2012 in a Letter that Mr. Tran was formally cleared of any allegations of Misconduct. In direct quote of the Letter from Leadership Code Commission, cited “No substance to the Allegations”.

Mr. Tran is the elected Member of Parliament for West Honiara Constituency and appointed Chairman of Caucus and holds those bestowed titles.

A Letter of Offer from the Commissioner of Lands dated on the 27th of May 2011, includes costs for Value of Building, Premium, Annual Rental, Registration Fee, Valuation Fee, Survey Fee & Stamp Duty Totaling $255,987.52.

The Commissioner of Lands as Grantor is wholly responsible to impose conditions on any sale or Transfer of Land, and in this regard due process was duly obliged.

Regarding the Lease with AFP, a Variation process was done with the Commissioner of Lands and approved on the 7th December 2021.All variation are done according to the Law resulting in a Lease Contract with Stamp duty submitted to relevant authority and all Tax obligations due paid accordingly.

Wale also raised an issue of name change due to Ownership, the name change was done hence in 2017 as an obligation to the fact that in 2015 Mr. Tran remarried and so rightfully and legally, joint names was registered.

Finally, Mr. Wale is encouraged to not be used by other selfish, disgruntled and envious people to create controversy & personalizing of a non-issue.